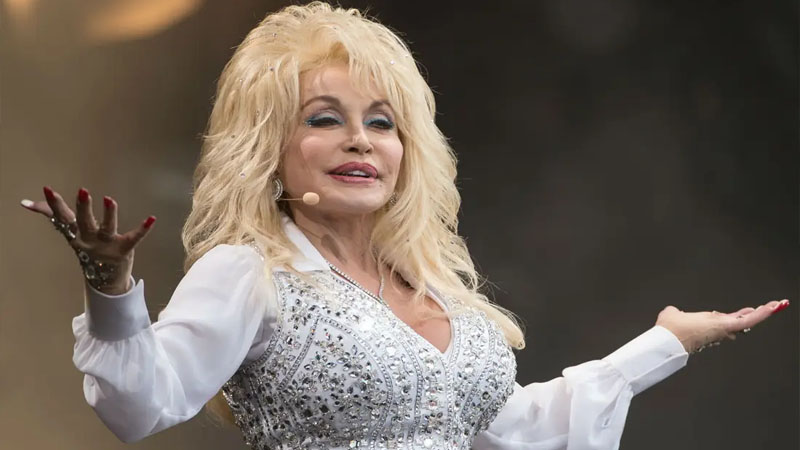 Feminism has always been especially controversial for Dolly Parton.

The country music star-turned-worldwide icon was asked why she’s been hesitant to call herself a feminist on Thursday, as she appeared at Time magazine’s event “Time 100 Talks: Finding Hope.”

“I suppose I am a feminist if I believe that women should be able to do anything they want to,” Parton said. “And when I say a feminist, I just mean I don’t have to, for myself, get out and carry signs… I just really feel I can live my femininity and actually show that you can be a woman and you can still do whatever you want to do.”

The “9 to 5” singer said she’s “not ashamed” of the label, but she doesn’t like titles. “But I’m all for all our gals,” said Parton, who has some fans that recoil from the label and others who embrace it. “I think everybody has the right to be who they are.”

Parton dismissed the idea that she’s a feminist in October, on the first episode of the podcast Dolly Parton’s America. When host Jad Abumrad asked her if she thought of herself that way, she said, “No, I do not,” Parton said. “I think of myself as a woman in business. I love men.”

At the time, Parton said she had written a lot of songs for men, as well as women, and she pointed out the many men in her life. “I do not like extreme things,” Parton noted.

While promoting the podcast, Abumrad told NPR the response had been “a real surprise” to him: “She is talked about openly as one of the great feminist figures of our time, and so I just figured she thought of herself that way. But clearly she has a complicated relationship to that term, as do many people who grew up in places in America that aren’t the coasts.”

Parton was featured at the Time event because of her work helping others in the midst of the coronavirus, which includes donating $1 million to Vanderbilt University Medical University for research and Goodnight With Dolly, a weekly YouTube series in which she reads books to children as part of her nonprofit Imagination Library. “I know that I’m in a position to help,” Parton said. “That’s why I try to do it in every way that I can.”

What Time Is the SpaceX Astronaut Launch? How to Watch

The Definitive Guide to Mustache Styles