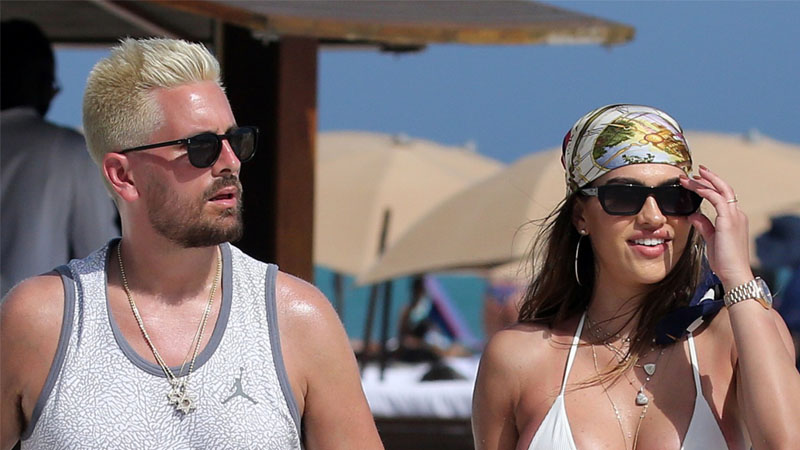 Just days before she is officially no longer a teenager, Amelia Hamlin stepped out for an early birthday celebration dinner with her boyfriend Scott Disick.

The 38-year-old Keeping Up With the Kardashians star and his 19-year-old girlfriend were photographed holding hands at the restaurant Nobu in Malibu, Calif. on Tuesday, June 8, where they dined together with friends five days before her 20th birthday. Amelia wore a pink, yellow and white striped halter top paired with white pants and Scott wore a red printed sweatshirt and a puffy vest paired with camo pants.

Later that night, Amelia posted on her Instagram Story a selfie video that read, “Today my best friends and ppl I love the most surprised me with an early birthday and it was a dream come true.”

The pair’s outing comes two days after the father of three shared a very naughty photo of his girlfriend on his Instagram Story.

They have since been spotted out together many times, including at Nobu.

Scott has also had dinner at the restaurant, an upscale Japanese eatery popular with celebs, in the past with exes Sofia Richie, 22, and Kourtney Kardashian, 42, with whom he shares kids Mason Disick, 11, Penelope Disick, 8, and Reign Disick, 6. Scott and Sofia dated for about three years until they split in summer 2020, a few months before he and Amelia sparked romance rumors.

A Kardashian-Jenner family favourite, Nobu has also been the setting for several of Kourtney’s dates with boyfriend Travis Barker, who she began seeing in December.

Simon Cowell plans charity walk after recovering from back injury