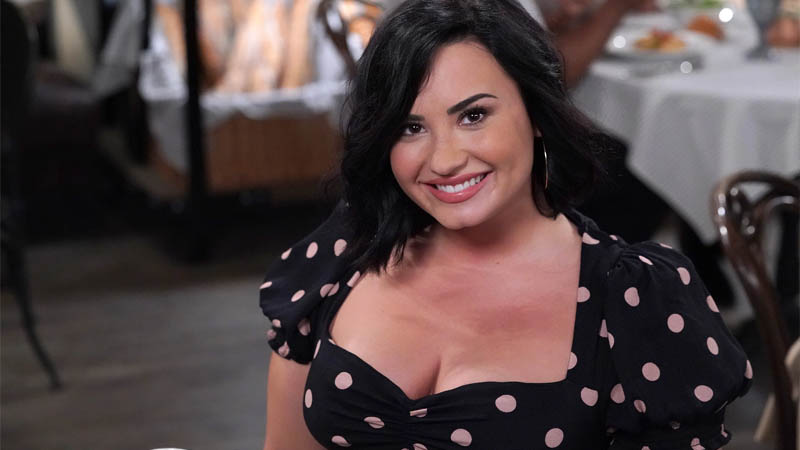 One cannot deny Demi Lovato’s sheer talent but there is one thing that the singer admits makes her “nervous” and that is hosting.

In an interview on Late Night With Seth Meyers, the singer, who is set to host the 2020 E! People’s Choice Awards, said that hosting is something which doesn’t come naturally to her but added that she is excited for her new gig.

“I’m pretty excited you know, I don’t feel like there is too much at stake. When it comes to the National Anthem or the Super Bowl there is a little bit more pressure than hosting an awards show. Just because if you mess up the lyrics than people come after you as an American,” Demi said.

“I am still nervous, like don’t get me wrong. Hosting is not my first language so to speak. Singing is. So if you have any tips, please let me know because I know you’ve done a ton of hosting yourself including this talk show.”

The host, Seth, hilariously assured the Sorry Not Sorry singer that she will fare much better than she expects.

“Well the only thing I’ll tell you is that you will do far better at hosting than I would do singing the National Anthem,” Seth teased her.

“So keep that in mind at any point that you feel nervous at all.”

Demi also became candid and shared why the People’s Choice Awards meant to her the most.

She said that having the people vote rather than a biased jury was what made it special.

“This is up to the people, and in fact, this has always been the award show that has always meant the most to me because they are the ones who get to vote. They are the ones casting the decisions, and it’s not up to some academy that you know that is political or whatever,” she said.

“This is up to the people, and that’s what this year has been about listening to the people. Finally we’re doing it again, but it’s going to be less pressure and more fun.”