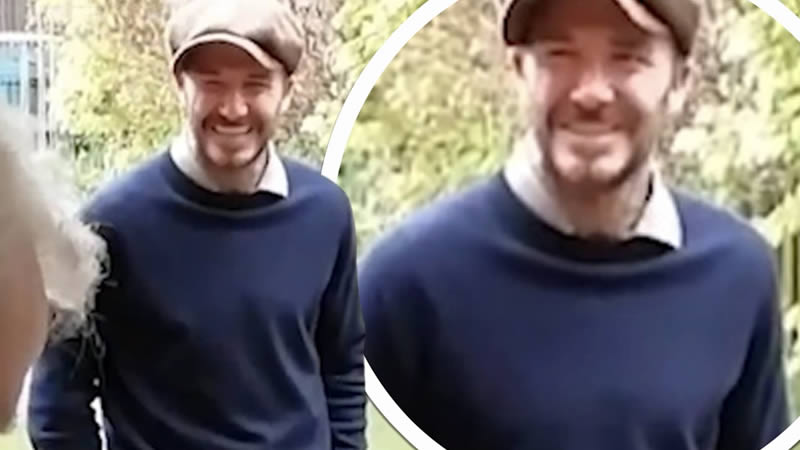 David Beckham gave a pensioner a huge surprise when he showed up in his front garden for a chat.

David Roberts, 70, had been nominated by charity Age Concern to receive a mystery guest at his door and was stunned when the former England captain dropped by this week.

Mr Roberts, who has battled cancer, was initially told to expect a visitor on Monday morning and was astounded when he was visited by David, 44.

Dressed in a baker boy hat, navy jumper and chinos, dad-of-four David made a rare trip out to visit Mr Roberts at home, while observing the rules on social distancing.

Mr Roberts told his local paper, the Oxford Mail, he was ‘amazed’ to open his door to the football legend.

“All I could think to say was hello, how are you?” said Mr Roberts.

“He is a lovely guy, we chatted about what will happen to this season’s football, and Manchester United and also me being a Liverpool supporter.

“He also gave a goody bag to me and my family,” added Mr Roberts.

Mr Roberts lives at home with his wife and son who cared for him during his battle with cancer.

Kim Kardashian Woman of the Year at GQ Awards