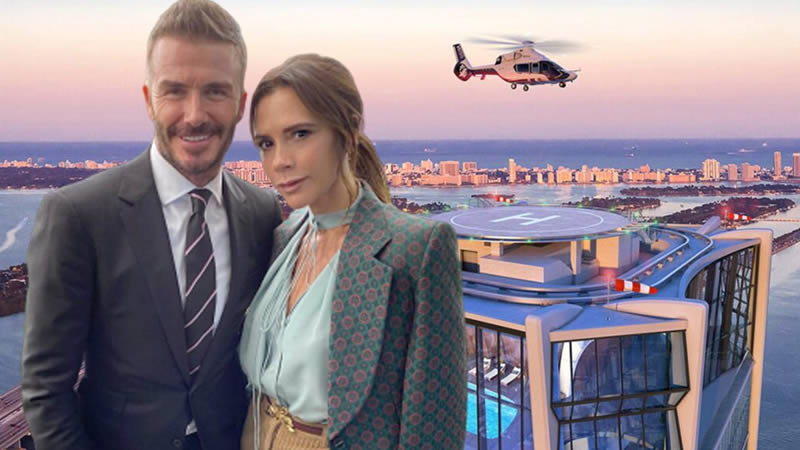 After spending the last few years hanging out in Miami while launching his soccer team Inter Miami CF, David Beckham, has finally made the city home.

The former captain of England’s national team has closed on a full-floor penthouse residence at One Thousand Museum Residences in downtown Miami, after house hunting for at least a year and a half.

“With the launch of Inter Miami CF, David and his team are spending significant amounts of time in Miami,” a rep for Beckham, 44, stated in a release obtained by PEOPLE confirming the sale. “One Thousand Museum is a very special building, and we are excited to join the community here.”

The real estate acquisition was completed under Beckham Brand Limited, the partnership and licensing company owned by the superstar athlete.

Inter Miami CF began play in Major League Soccer (MLS) this year at Inter Miami CF Stadium, the site of the former Lockhart Stadium in Fort Lauderdale. Inter Miami’s first MLS match against Los Angeles FC was an away game played on March 1. However, the league has now suspended games due to the novel coronavirus pandemic.

“David loves Miami and is so excited to start his team and live here as a resident,” a source close to Beckham tells PEOPLE.

“He worked hard to get where he is, and now it’s all official.”

Beckham’s high-floor penthouse reportedly sold for more than $20 million. Penthouses in the building have five bedrooms and 6 and a half baths with floor-to-ceiling windows and views of the expansive Biscayne Bay and the Miami skyline.

One Thousand Museum was designed by the late Pritzker Prize-winning architect Zaha Hadid—her only residential building. She died of a heart attack in 2016 while working on the Miami project.

The one-of-a-kind building has a futuristic design and exclusive amenities like a private rooftop helipad, Sky Lounge for dining and private events with fresh seasonal menus created by the building’s top notch culinary team, on-premise bank vaults, a private beach club, wellness center with state-of-the-art equipment by Techno-Gym, a spa with relaxation pools and private treatment rooms, and an Aquatic Center with an indoor lap pool on the 61st floor.

“Iconic design, sophisticated lifestyle, privacy and security are among the key factors driving our clients to make One Thousand Museum their Miami base,” the developers said in their statement about the 84-residence behemoth with 10 penthouses.

According to the building’s management team, One Thousand Museum is the only residential building in the world to partner with Forbes Travel Guide to create a “hospitality-focused experience for residents and their guests on par with the finest hotel in the world.”

But the Beckhams will likely frequent Miami’s active restaurant and social scene.

“Over the years, David has gone to restaurants, clubs, sporting events and social parties while in Miami networking for his project,” a business source told PEOPLE last year.

“He has spent time at Soho Beach House on South Beach, often for business meals. He is very nice and popular, and absolutely loves Miami.”

The Beckhams also have homes in London and the English countryside. They famously owned a historic estate that was nicknamed “Beckingham Palace” after the Queen’s royal residence, but have since sold the property.