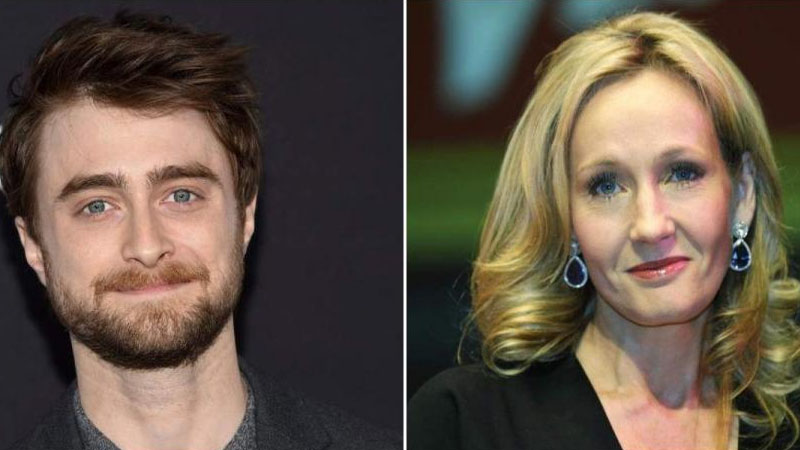 Daniel Radcliffe has declared “transgender women are women” in a lengthy statement in response to J.K. Rowling’s controversial “transphobic” tweets. The Harry Potter author hit headlines over the weekend with a series of Twitter posts that many deemed transphobic, such as: “If sex isn’t real, there’s no same-sex attraction. If sex isn’t real, the lived reality of women globally is erased.

“I know and love trans people, but erasing the concept of sex removes the ability of many to meaningfully discuss their lives. It isn’t hate to speak the truth.” Numerous famous faces have come forward to slam Rowling for her remarks, and now Radcliffe, who starred as the boy wizard in the film adaptations of the writer’s books, has weighed in.

In an essay written for The Trevor Project, an American non-profit organisation working to prevent suicide among young LGBTQ individuals, Daniel wrote: “I realise that certain press outlets will probably want to paint this as in-fighting between J.K. Rowling and myself, but that is really not what this is about, nor is it what’s important right now.

“While Jo is unquestionably responsible for the course my life has taken, as someone who has been honoured to work with and continues to contribute to The Trevor Project for the last decade, and just as a human being, I feel compelled to say something at this moment.

“Transgender women are women. Any statement to the contrary erases the identity and dignity of transgender people and goes against all advice given by professional health care associations who have far more expertise on this subject matter than either Jo or I.”

The 30-year-old actor went on to address any fans of Harry Potter who feel conflicted about their love of the books and films following Rowling’s posts.

“I am deeply sorry for the pain these comments have caused you. I really hope that you don’t entirely lose what was valuable in those stories to you,” he continued. “If you found anything in these stories that resonated with you and helped you at any time in your life – then that is between you and the book that you read, and it is sacred.

“And in my opinion nobody can touch that. It means to you what it means to you and I hope that these comments will not taint that too much.”