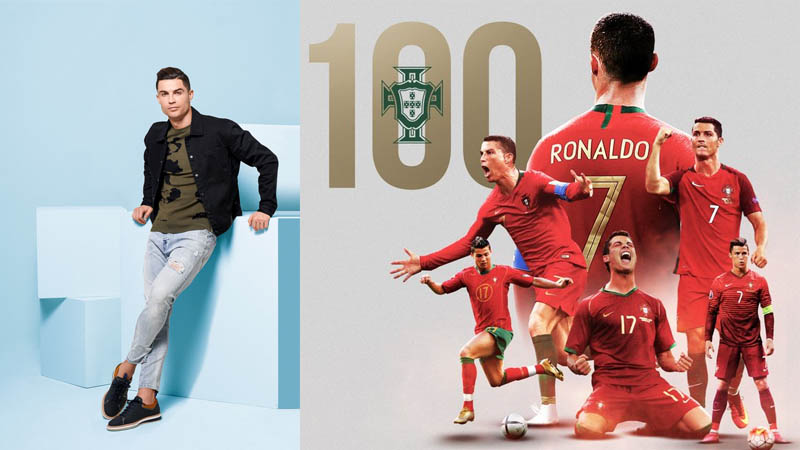 Cristiano Ronaldo became the first European to reach 100 goals for his country after Ali Daei, who scored 109 times for Iran. It took him 165 appearances to reach the milestone.

The 35 year-old Juventus forward became the first European to reach 100 goals for his country after Ali Daei, who scored 109 times for Iran. It took him 165 appearances to reach the milestone.

Ronaldo last scored for Portugal in November 2019 against Luxembourg and ended his wait with a delightful free-kick from outside the box.

The five-time Ballon d’Or winner’s goal was also the 57th of his career from a direct free-kick and the 10th in his nation’s colours.

Out of Ronaldo’s 100 goals, only 17 of them have come in international friendlies. In his long career for Portugal, he has scored seven goals vs Lithuania, six vs Sweden, five vs Andorra, Armenia, Latvia, and Luxembourg.

Ronaldo has six international hat tricks, and has scored seven goals in the FIFA World Cup stage and another nine at the UEFA Euros in his career.

The former Manchester United and Real Madrid star is by far and away the active leader in international goals. India’s Sunil Chhetri (72) and Argentina’s Lionel Messi (70) are the next closest.

On the women’s side, 17 players have hit the 100-goal mark, with seven of them Americans. Canada’s Christine Sinclair is the all-time leader with 186 goals, two more than USA’s retired forward Abby Wambach (184).

or his country, Ronaldo scored the first goal at the UEFA Euro 2004 at the tender age of 19. 16 years later, he has surpassed the tallies of greats like Eusebio and Pauleta to become Portugal’s all-time top goalscorer.

Although Ronaldo failed to win the UEFA Euro 2004 final, he has gone on to lead Portugal to major honours in the form of UEFA Euro 2016 and the inaugural UEFA Nations League title in 2019.