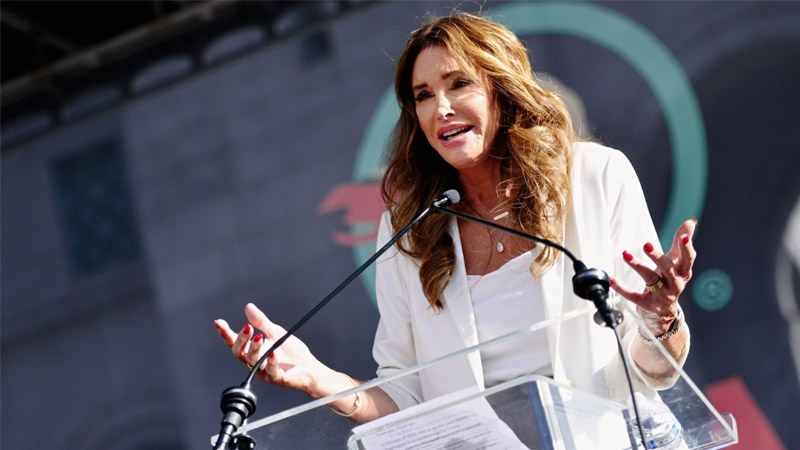 Caitlyn Jenner spoke with Fox 11 on Friday to discuss her run for California governor.

Jenner said conversations with her family about her candidacy were harder than when she came out.

She announced her official bid for governor of California in April.

Caitlyn Jenner opened up about her family’s reaction to her bid for California governor.

Jenner appeared on Fox 11 Los Angeles for an interview with Elex Michaelson that touched on several topics, including her education plan and her 2020 voting record.

At one point, Michaelson asked if Kim Kardashian, who’s embraced legal advocacy, could be her advisor on criminal justice. Although Kardashian met with former President Trump during his presidency, she and other family members previously endorsed Hillary Clinton.

“I’ve talked to all my family about running for governor and to be honest with you, it was easier to come out as trans than as a Republican candidate for governor, it was a lot tougher to sell,” Jenner, 71, told Fox 11.

Jenner added that she thinks Kardashian, 40, “has done an amazing job with criminal justice reform, I think she’s spot on.”

“I have not asked her to be involved in my campaign, but I guarantee you, as time goes on and I become Governor, I’m sure she’ll have my ear…” Jenner said.

In 2015, Jenner revealed that she was a transgender woman during an interview with ABC journalist Diane Sawyer.

In April 2021, Jenner revealed that she was running against Democratic Gov. Gavin Newsom as a Republican candidate.

“California has been my home for nearly 50 years. I came here because I knew that anyone, regardless of their background or station in life, could turn their dreams into reality,” the homepage of Jenner’s campaign website said. “But for the past decade, we have seen the glimmer of the Golden State reduced by one-party rule that places politics over progress and special interests over people. Sacramento needs an honest leader with a clear vision.”

In an interview with CNN, Jenner said she was qualified for the position due to her past as an “entrepreneur.”

“I have been in the entrepreneurial world,” Jenner said. “People think – you’ve been in show business, think of you as a reality star. Certainly, I’ve done that, but entertainment is a business, and you have to run that business.”

Jenner added: “But I’ve also done other things. We sold a billion dollars worth of exercise equipment on television. I’ve had aviation companies. I’ve just always been involved in being an entrepreneur and tried to inspire my children to do the same thing. And they’ve done very well in that department.”