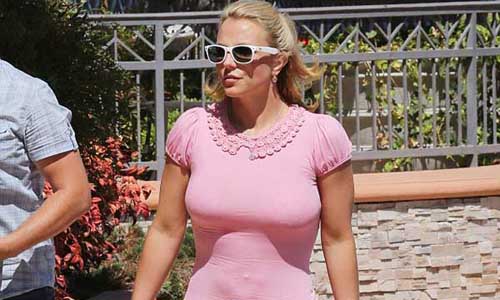 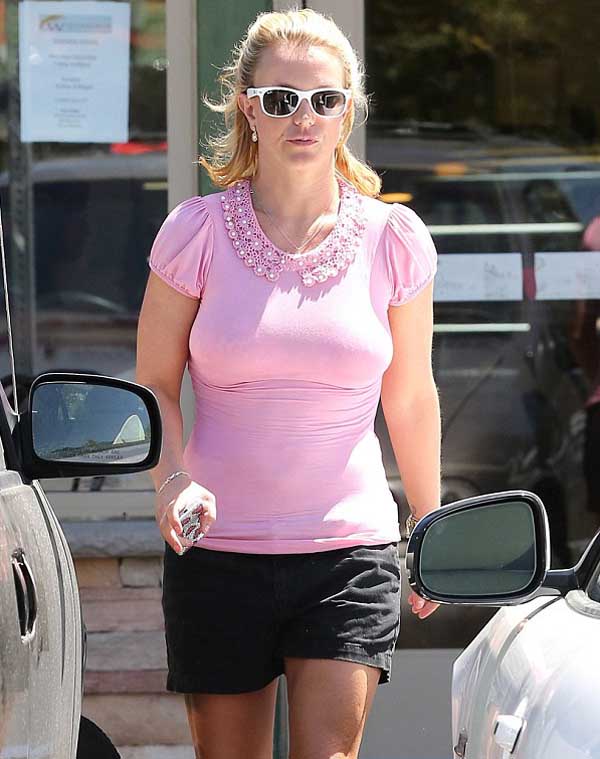 The Pieces Of Me singer stepped out in Thousand Oaks, California to browse a lingerie and swimwear store as well as grabbing a quick bite to eat. Britney’s candy pink top featured feminine puff sleeves and she paired it with black shorts to show-off her tanned and toned legs and added some inches to her height with summery cork platform sandals. 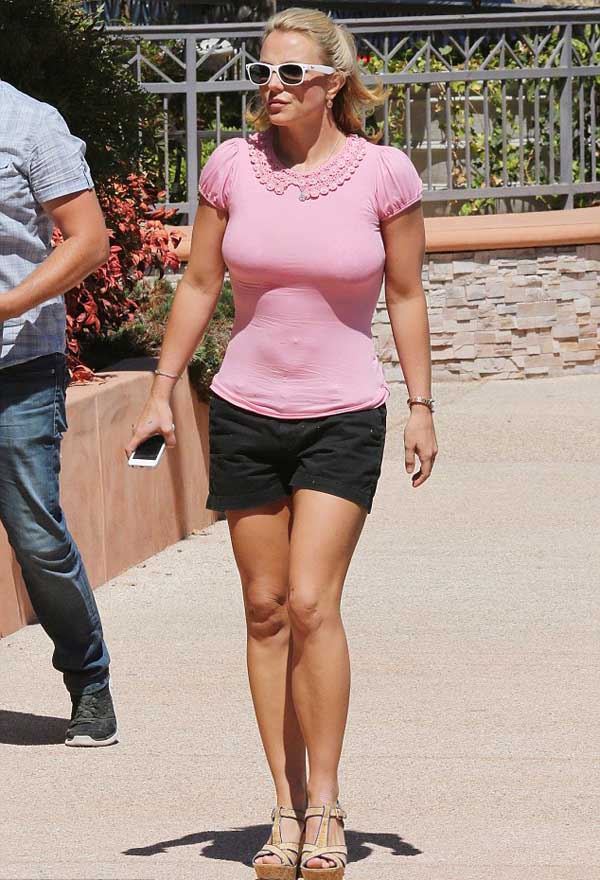 She shaded her eyes with white Ray Bans and accessorised with a simple silver necklace while her blonde locks were styled into a half-up ‘do. It appeared to be a pretty relaxed day for the Toxic star as she spent some time browsing Kate & Lace lingerie and then popped into Wildflour Cafe for a snack. 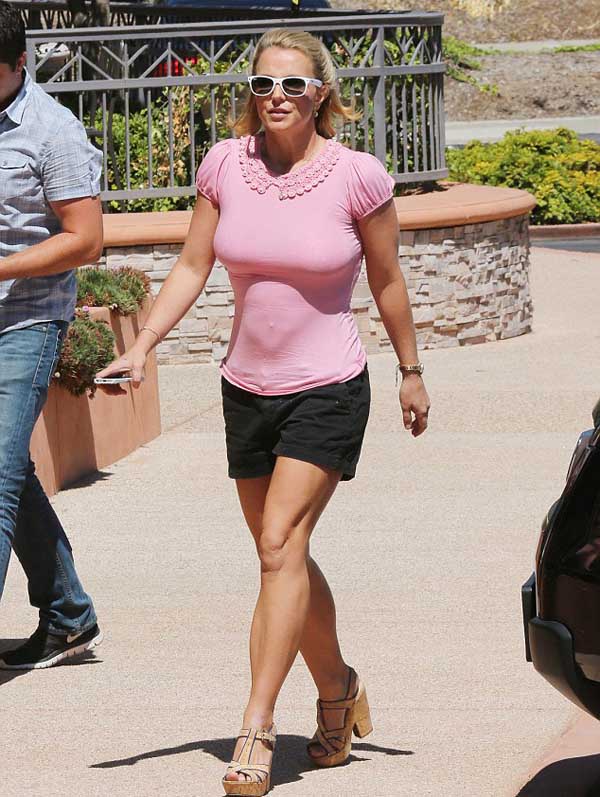 The mother-of-two was seen without her boyfriend Dave Lucado and two boys Jayden and Sean – however, on Friday the foursome were spotted out enjoying a trip to their local Target. And it appears that Sean, eight and Jayden, seven are getting along swimmingly with Britney’s beau as they laughed while clinging on to a trolley being pushed by the 28-year-old. After being introduced by mutual friends at a party, the songstress and the Virginia-raised lawyer instantly hit it off and their relationship is going from strength to strength. 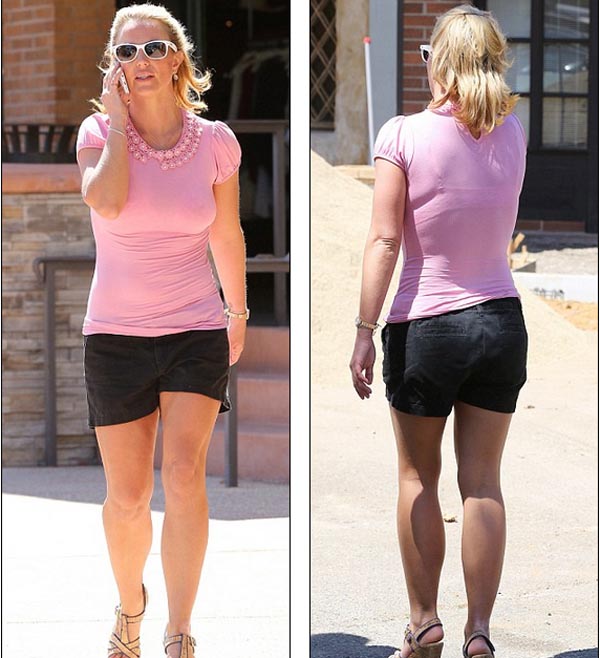 Meanwhile, Britney was recently accused of lip-synching again after alarmed fans at her show on August 16 thought they heard her singing Sia’s backup vocals while she was belting out Perfume on stage in Las Vegas. Sia had performed backup vocals on Perfume, which the Australian co-wrote along with Britney and Christopher Braide. 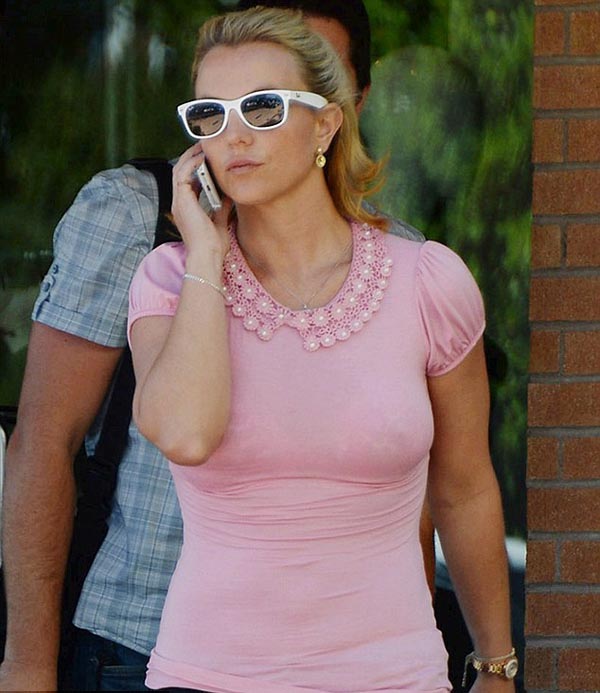 The singer’s residency show Britney: Piece Of Me began its fourth leg on Friday at The AXIS auditorium located in the Planet Hollywood Resort and Casino. Britney Spears is scheduled to perform in the show again on Wednesday. She kicked off her two-year residency on December 27, 2013 and is reportedly being paid $15 million a year. 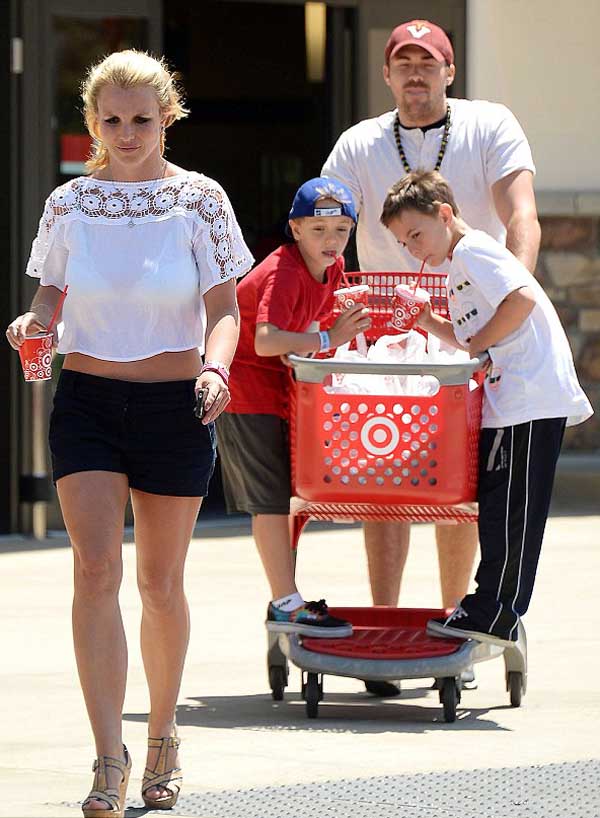 Kelly Brook displays her curves in casual shirt and jeans