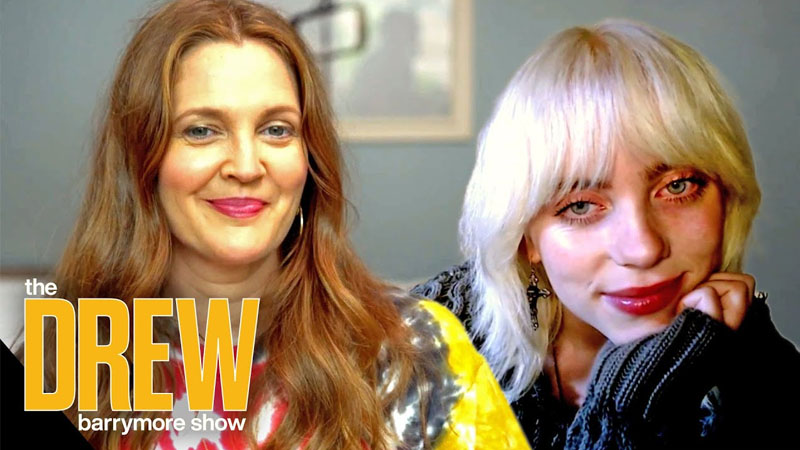 Singer Billie Eilish opened up about a personal moment in a virtual appearance on ‘The Drew Barrymore Show’, reports Billboard.com.

She told Barrymore, she had tears in her eyes after she re-watched her documentary ‘Billie Eilish: The World’s a Little Blurry’.

“I’ve always been very, very strong-willed and honest, which I think is a blessing and a curse, but the funny thing is that the older I’ve gotten, the less confident I’ve gotten,” Eilish admitted in the interview with Barrymore, who was paying compliments to her work ethic and vision.

“And it kind of made me, like … I rewatched the doc a few weeks ago. And it made me cry because I was thinking how free-spirited I was and how open-minded I was.”

“The media just like tears it away from you,” said Eilish. “It’s not fun right now.”

The conversation with Eilish, whose concert film ‘Happier Than Ever: A Love Letter to Los Angeles’ premiered on Disney+ in early September and whose documentary was released on Apple TV+ earlier this year, then shifted over to the artiste’s relationship with fans.

“One moment I was a fan, and then suddenly I was looked at as this like, higher up,” she said. “Even when I was 14. And it was so weird because I was like, ‘I’m not even anyone. I just make music and these kids that I feel like I already know — suddenly like, ‘Oh they’re Billie’s fans, and then there’s Billie.’ So that’s why it was so weird to me.”

‘Billie Eilish: The World’s a Little Blurry’ is a 2021 American documentary film directed by R. J. Cutler and centered around singer-songwriter Billie Eilish.

The film reveals the behind-the-scenes creative process of Eilish’s debut studio album ‘When We All Fall Asleep, Where Do We Go?’ with the title referencing a lyric from the album track ‘Bury a Friend’. The film was released in select theaters and on Apple TV+ on February 26, 2021.

Carrie Underwood Revealed She is Pregnant