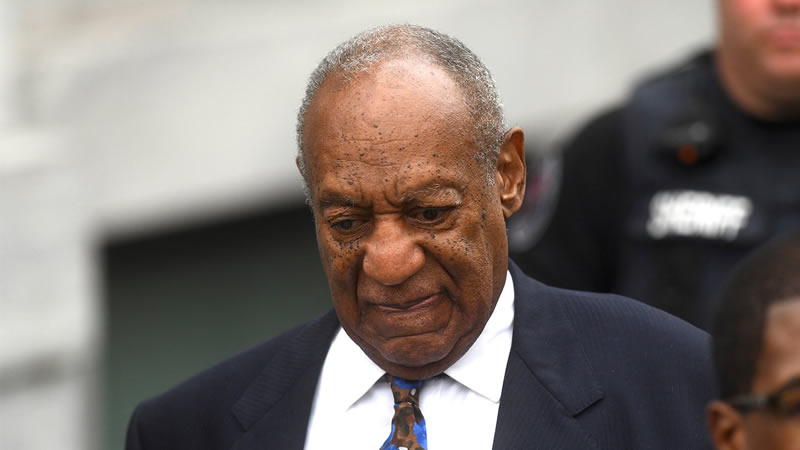 Are Bill and Camille Cosby headed for divorce now that the former comedian is out of prison? One tabloid insists the couple’s 57-year marriage is coming to an end. Gossip Cop investigates.

This week’s edition of the Globe reports Camille Cosby has ditched her wedding ring following her husband Bill Cosby’s release from prison. According to the report, the couple is headed for a $400 million divorce only a few weeks after Cosby’s release.

Cosby served only three years in prison for drugging and assaulting multiple women before his charges were vacated on a technicality. According to the report, Camille is struggling to readjust to living with her husband.

An inside source explains, “Camille was excited the day he arrived home, but things quickly took a nosedive.” According to the source, Bill has picked up some bizarre habits from his time behind bars that are making Camille uncomfortable.

“His behavior has been weird and irritating — like staring blankly at the TV, wolfing down food as if she might snatch it away and showering with his shoes on,” the insider dishes, “Worse, he doesn’t speak much or seem to care what she’s feeling!”

The tabloid admits that a representative for Cosby has called the rumor “hilarious.” The rep went on, “Mr. and Mrs. Cosby have been happily married for 57 years and counting,” adding, “They have not worn wedding rings in almost 30 years.”

However, the outlet notes that Camille was spotted with her wedding band during Bill’s 2017 trial.

But the tabloid’s sources are singing a different tune. “The marriage had been hanging by a thread and the years apart didn’t help,” spills the insider, “Camille’s grateful he’s out of that place, but now her time revolves around taking care of Bill.

He’s not trying hard to please her after everything she did for him during the trial, supporting him and standing by him. Camille’s friends don’t think she’s considering divorce yet, but leaving her ring off in public means she clearly wants to send Bill a message!”

So, are Bill and Camille Cosby really headed for a $400 million divorce? We doubt it. Firstly, the tabloid admits very plainly that a representative has denied the rumors. Sure, Camille may have been spotted with her ring at Bill’s trial, but that was probably a conscious move to show support for her husband.

Other than that single incident, the tabloid can provide no proof that Camille regularly wears her wedding band. It’s obvious a tabloid is disreputable when it believes the word of its anonymous insiders over verifiable representatives.

Furthermore, the magazine makes a big deal about the couple’s potential $400 million divorces, but even the couple’s alleged “friends” don’t think they’re headed there. Obviously, there is no story here.

The tabloid simply got ahold of a photo of Camille without her ring and decided to invent an elaborate story about Bill Cosby showering with his shoes on. While the couple is undoubtedly in a difficult situation few other couples have to face, they seem to be doing just fine and nowhere near a split.

Other Divorce Stories From The Tabloid

The Globe often cries “divorce” when there’s little to no evidence supporting it. Earlier this year, the outlet claimed Amal Clooney had given George a $570 million divorce ultimatum. The tabloid also alleged Faith Hill and Tim McGraw’s marriage had “exploded.”

And more recently, the magazine reported Barack and Michelle Obama’s marriage was “hanging by a thread.” Obviously, the Globe has no insight into celebrity marriages.

Luke Bryan’s Mom Reveals About Singer’s Humble Beginnings: ‘It all started with karaoke’