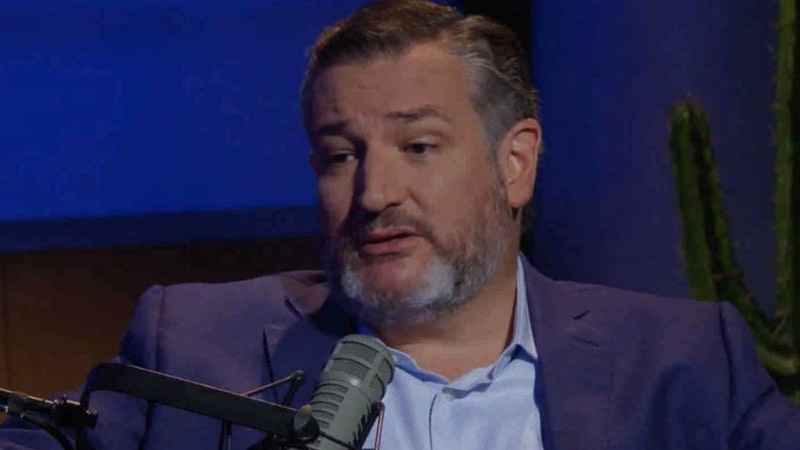 “If you are that slacker barista who wasted seven years in college studying completely useless things, now has loans and can’t get a job, Joe Biden just gave you 20 grand,” Cruz said during an appearance on his “Verdict with Ted Cruz” podcast. “Like, holy cow! 20 grand. You know, maybe you weren’t gonna vote in November, and suddenly you just got 20 grand.”

“And you know, if you can get off the bong for a minute and head down to the voting station,” he continued. “Or just send in the mail-in ballot that the Democrats have helpfully sent you, it could drive up turnout, particularly among young people.”

Cruz said “there is a real risk” that the Democrats will net more support in November.

The Biden administration announced earlier this week a plan to cancel $10,000 in student loan debt for borrowers with an annual income of less than $125,000.

“For too many people, student loan debt has hindered their ability to achieve their dreams—including buying a home, starting a business, or providing for their family,” Education Secretary Miguel Cardona said in a statement. “Getting an education should set us free; not strap us down! That’s why, since Day One, the Biden-Harris administration has worked to fix broken federal student aid programs and deliver unprecedented relief to borrowers.”

Prominent Democrats like Sen. Bernie Sanders have slammed Cruz’s remarks. “This is what a leading Republican thinks of young ‘slacker’ Americans who took out loans to go to college,” Sanders tweeted in response to a clip of his remarks.

Cruz was also chastised by a former Obama administration official. “Since Ted Cruz knows baristas have been spitting in his coffee for years, it’s technically not punching down,” said Brandon Friedman, former deputy assistant secretary for public affairs at the US Department of Housing and Urban Development.