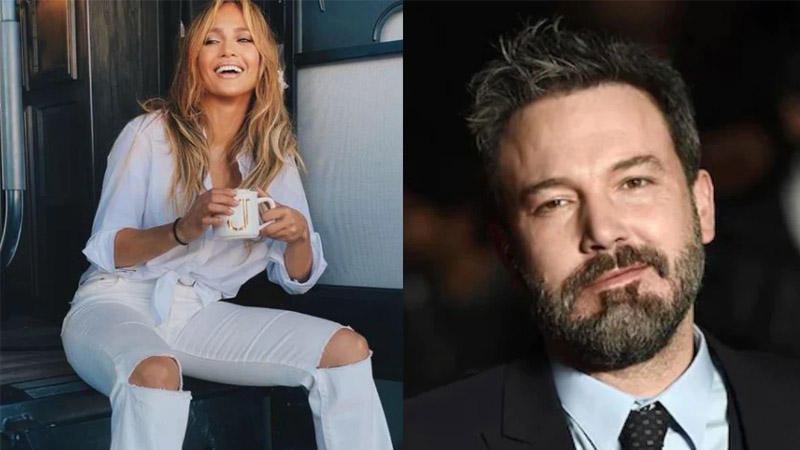 While Jennifer Lopez and Ben Affleck have stayed silent about their reunion, and reported romantic getaway to Montana, the actor seemingly just dropped a not-so-subtle hint that confirmed the rumors.

On Saturday, Ben referenced the aforementioned trip in the form of a souvenir from the very place they stayed together while grabbing a food delivery outside his Los Angeles home. In photos obtained by The Daily Mail, Affleck was spotted wearing black jeans, a matching zip-up hoodie, and a trucker hat that had “Big Sky, Montana” emblazoned across the front.

Big Sky just so happens to be the city and ski resort that Ben and J.Lo vacationed as a maybe-couple right after reports began to surface about them “hanging out” again — according to TMZ. Not only were they spotted driving around Montana in the same car, but they also flew to Bozeman and back to LA together.

In the weeks following the trip, things between the pair have progressed rather fast. Last week, Affleck jetted off to Miami to visit Lopez, where the singer was pictured beaming in photos as they spent some quality time together. The two were also reportedly seen kissing at the gym. A source told Entertainment Tonight that the pair “shared a kiss in between sets” while working out, and “were not trying to hide their relationship.”

“They are having fun and want to spend as much time together as possible,” a source recently told People. “They will travel back and forth as much as they can to make things work. They don’t want to hide anymore. They are both excited about their relationship. They want to make sure they do everything they can to make this work.”