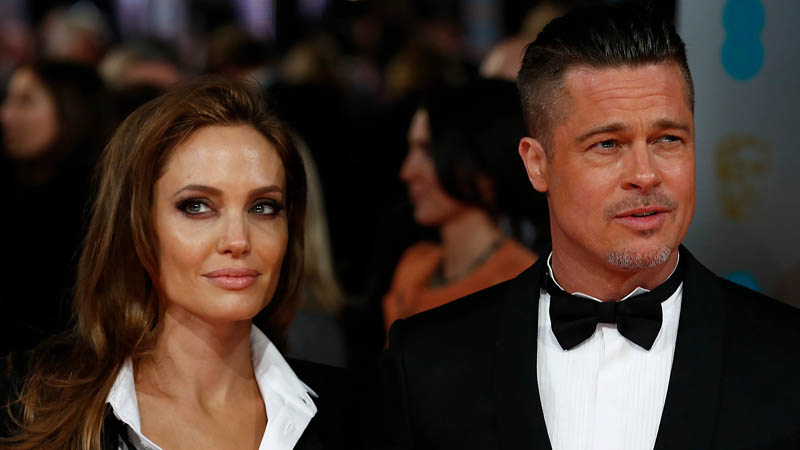 Angelina Jolie has been denied her request to remove Judge John W. Ouderkirk in her divorce case against Brad Pitt. Court documents obtained by ET on Tuesday show that the court finds that Ouderkirk is not disqualified from serving as a temporary judge in the case and the actress’ request has been denied.

The court docs state that Jolie failed to meet her burden of proof to show legal grounds exist for the disqualification of Judge Ouderkirk. This determination is not an appealable order and may be reviewed only by a petition for writ of mandate (a request that a Superior Court review and reverse the final decision) filed in the appropriate court of appeal within 10 days of notice to the parties of the decision and may only be challenged by the parties to the disqualification proceedings.

Last week, in docs obtained by ET at the time, Judge Ouderkirk responded to Jolie’s efforts to have him removed from her and Pitt’s divorce case.

Ouderkirk declared he had no personal bias or prejudice concerning any party‚ attorney or any other person participating in this case. Further, he denied under penalty of perjury that he had failed to disclose multiple professional, business, and financial relationships, created and ongoing during the course of this matter, with Respondent’s counsel and their law firms in which Judge Ouderkirk was privately compensated.

Angelina Jolie and Brad Pitt’s divorce proceedings have hit another snag. In court documents obtained by ET, Jolie’s lawyer has responded to Pitt’s legal team’s opposition to her request to remove the private judge in their divorce case, calling it an “improper attempt to influence decisions.”

Jolie’s attorney, Samantha Bley DeJean, tells ET in a statement that Jolie is simply asking for a fair trial.

“All my client is asking for is a fair trial based on facts, with no special favors extended to either side,” the statement reads. “The only way litigants can trust the process is for everyone involved to ensure that there’s transparency and impartiality.”

Meanwhile, a source tells ET, “These are just stall tactics and efforts to change the referee late in the game because they are clearly concerned about the outcome. This doesn’t seem to benefit anyone.”

Earlier this month, Jolie filed a request to have Judge John W. Ouderkirk taken off her and Pitt’s case, three years after he was assigned to oversee their divorce case. She alleged that Ouderkirk “failed to make timely mandatory disclosures of ongoing business and professional relationships between himself” and Pitt’s attorneys. Jolie also claimed that the judge didn’t inform her and her legal team of other divorce cases he was working on with Pitt’s lawyers, which made him “biased.”

Pitt’s legal team hit back in his own court filing, accusing Jolie of attempting to stall the case ahead of their October child custody trial and claiming that Ouderkirk’s engagements involving Pitt’s counsel were “fully disclosed” to Jolie. The court documents claim “Jolie filed her request to disqualify Judge Ouderkirk and in the process delay consideration of deposition testimony and other evidence. Unfortunately, the individuals hurt most by Jolie’s transparently tactical gambit are the parties’ own children, who continue to be deprived of a final resolution to these custody issues.”

Jolie’s latest court documents filed on Tuesday claim that Ouderkirk himself said there were “errors” in his disclosure of his cases involving Pitt’s attorneys. The documents also state that Jolie was not aware of the extent of the ongoing relationship between the judge and Pitt’s counsel until July, when Ouderkirk disclosed that there were multiple cases he was still working on that involved Pitt’s counsel, which is why she filed her request in August. Pitt had previously argued that her statement should have come in January 2017 when Ouderkirk had disclosed a number of past cases involving his counsel.

“The problem here is two-fold,” Jolie’s filing reads. “First, there are multiple matters in the last two years where [Pitt’s] counsel indisputably has had a professional, and for Judge Ouderkirk financially‚ renumerative, relationship with Judge Ouderkirk. Second, this was kept from Petitioner. Ouderkirk failed to comply with his legal duty to disclose the ongoing and expanding nature of that relationship.”

“It does not matter what other matters (especially past representations) had been disclosed,” the documents continue. “What matters is what was not disclosed. What matters is the undisclosed recent relationships between Pitt’s counsel and Judge Ouderkirk.”

The documents argue that there is no way Oudenkirk could be seen as being unbiased.

“The question is, can it really be said that a person would entertain no doubt about Judge Ouderkirk’s potential even implicit partiality knowing that (a) Respondent’s counsel has continued during the last two years to hire and appear before Judge Ouderkirk at hearings where he is paid to preside, (b) no one voluntarily disclosed this ongoing relationship (and certainly not in writing or on the record as required), but seemed content to keep Petitioner in the dark?” the documents read. “The answer must be ‘No,’ which means disqualification is required.”

The documents also hit back at the claim in Pitt’s filing that removing Ouderkirk would “create confusion and invite gamesmanship” in his divorce proceedings with her.

“Petitioner has engaged in no gamesmanship,” the court documents read. “She made a simple inquiry. When that inquiry revealed a failure to adhere to clear ethical rules, she immediately raised the issue. Until three weeks ago, she had no idea what had been going on behind her back. By contrast‚ Respondent’s counsel was fully aware of what was happening and presumably knew the rules requiring disclosure but remained silent and did not suggest to Judge Ouderkirk that he should be disclosing. Any gamesmanship has been by Respondent.”

Last Friday, Jolie’s attorney told ET in a statement about Pitt’s most recent filing, “It is unfortunate that Mr. Pitt’s team has sought to intervene ahead of Judge Ouderkirk’s response. One can only conclude that this is an attempt to obstruct or influence Judge Ouderkirk’s answer. Any delay in these proceedings is due to their zealous attempt to create an unrecognized special exception for their client’s benefit.”

Additionally a source told ET, “Angelina isn’t trying to delay the process — as the court papers state, she is trying to resolve an issue with the judge.”

However, a source close to Pitt told ET, “It is unfortunate that Ms Jolie’s team is desperately trying to change a referee — of their own choosing — late in the fourth quarter to delay the end of an endless game because they are concerned that they might be losing.”

The new filings come after it appeared that the exes were in a place where they were ready to co-parent. In June, Pitt was snapped leaving Jolie’s Los Angeles mansion on his motorcycle, marking the first time he’s been spotted at her home since their 2016 breakup. A source told ET at the time, “Brad and Angelina have come a very long way and they’re finally in a place where they both want to work together to raise their kids. They have no plans to reconcile and any communication between them is regarding their children’s needs and future.”

Jennifer Lopez reveals her worst quarantine moments: ‘sometimes you have to live it’