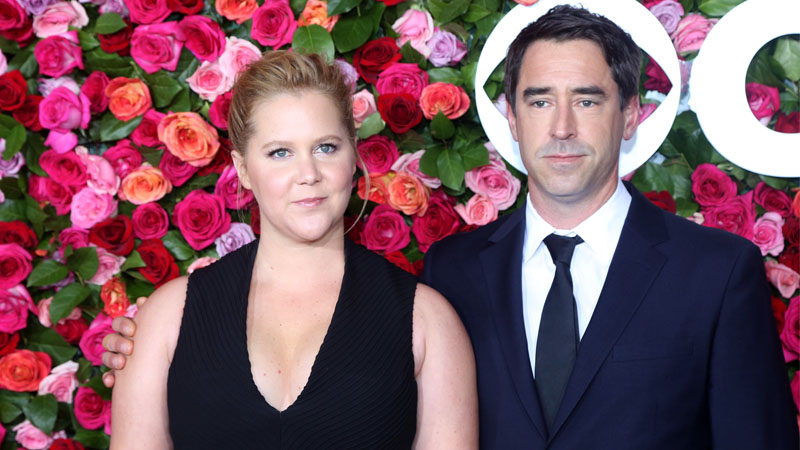 Amy Schumer’s son, Gene, turned 2 on Wednesday, and the comedian celebrated by paying tribute to husband Chris Fischer and his autism diagnosis.

“Today is our son’s birthday and I woke up emotional as hell thinking about my husband, Chris,” she captioned a pair of photos on Instagram, including one of them together while she was in labour and another of Fischer holding Gene.

“In this first photo while I was having a 3 hour c section he held my hand and stared in my eyes so I never felt alone. I feel loved and supported always. He takes care of our family and is a husband and father beyond my wildest dreams.”

The “Trainwreck” star, 39, wrote that Fischer’s experience with autism has helped others. She pointed to her HBO Max documentary, “Expecting Amy,” which chronicled her pregnancy with Gene.

“Also he has autism spectrum disorder. Being tested and diagnosed has helped us communicate and support each other better,” she wrote.

“People have reached out to us saying that seeing our doc #expectingamy motivated them to get tested and that it has changed their lives. We want to encourage parents and people to give themselves the gift of information so people can function to the best of their abilities and remove any stigma that comes with autism.”

Schumer also believes Gene will also have autism, which she will embrace.

“Statistically our son most likely will be diagnosed as well and if he’s anything like his father that is wonderful news,” she wrote. “So on our babies birthday where he held my hand tight and held me with his eyes I want to say I love you thank you and happy birthday little geenie panini we love you as much as you love school busses.”

Schumer has not shied away from how she’d welcome Gene being diagnosed with autism. In 2019, someone on Instagram asked how she’d “cope” if he was on the autism spectrum.

“How I cope? I don’t see being on the spectrum as a negative thing,” she replied.

“My husband is my favourite person I’ve ever met. He’s kind, hilarious, interesting and talented and I admire him,” she continued. “Am I supposed to hope my son isn’t like that? I will pay attention and try and provide him with the tools he needs to overcome whatever challenges come up, like all parents.”