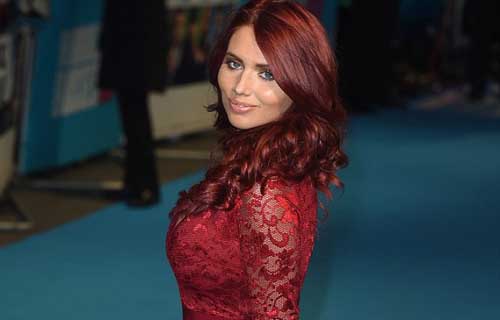 Amy Childs walks the red carpet in plunging red lace peplum dress from her own collection at Horrible Bosses 2 premiere. She’s said to be the richest reality star in the country – so it’s little wonder that Amy Childs would use a red carpet event to showcase her wares.  The 24-year-old attended the Horrible Bosses 2 premiere on Wednesday night at the Odeon cinema in London’s Leicester Square, wearing a dress from her own collection. 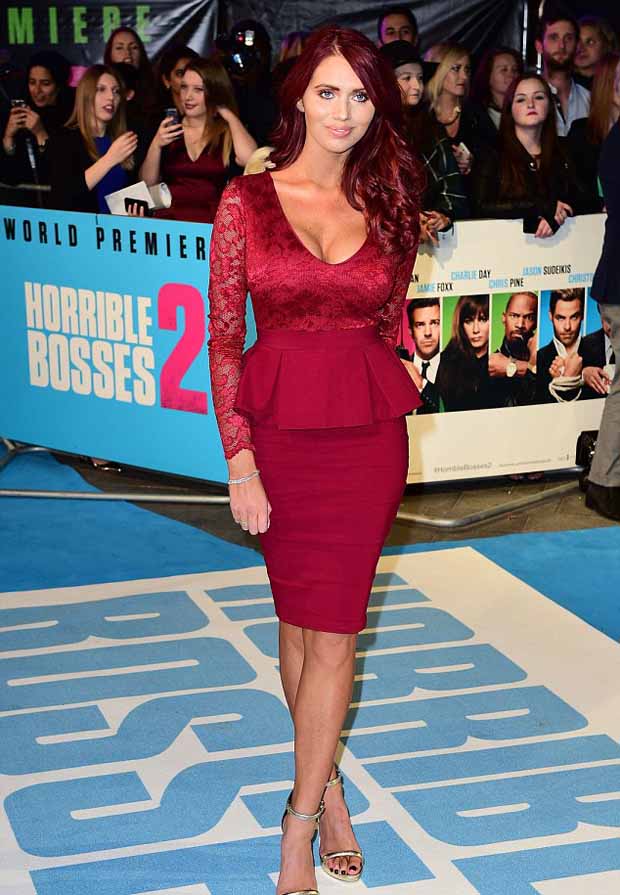 The ruby red number had a plunging lace neckline and a peplum skirt detail which showed off her sexy figure. Earlier in the evening, Amy retweeted the following post: ‘Our @MissAmyChilds is on her way to @HorribleBosses in our #ootd …. Can you guess what she’s wearing? #sneekpeek.’
[contentblock id=2 img=adsense.png] 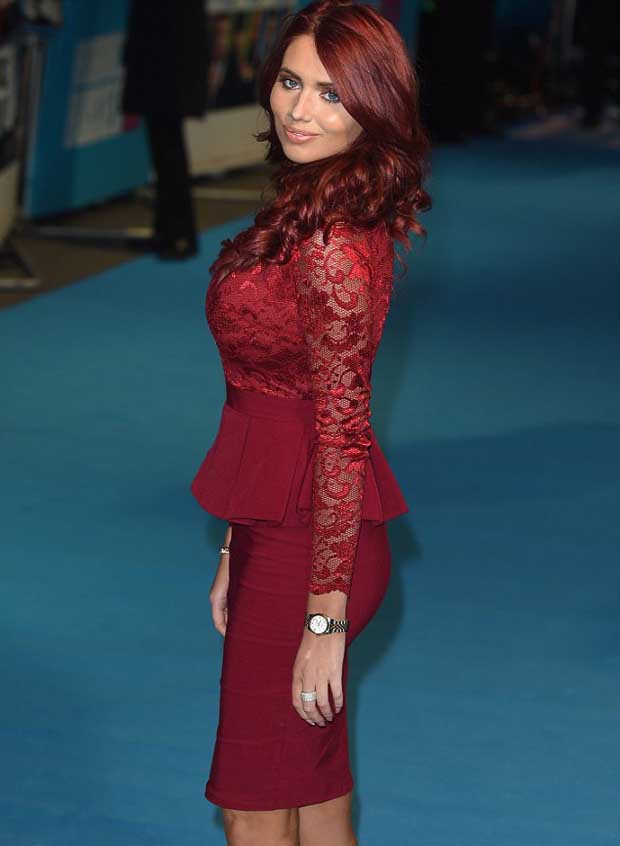 She was pictured leaving her Essex home earlier on as she made her way into the capital. Horrible Bosses 2 tells the story of Dale, Kurt and Nick – who decide to start their own business but things don’t go as planned because of a slick investor. 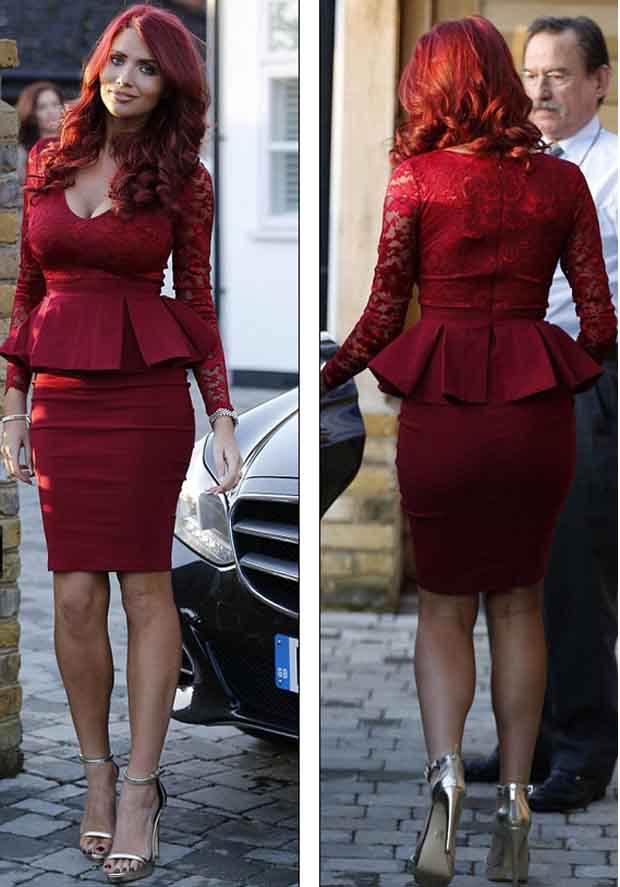 The trio are then prompted to pull off a harebrained and misguided kidnapping scheme. Jennifer Aniston, who plays Julia Harris in the comedic sequel alongside Chris Pine and Jason Sudeikis, also attended the premiere in a black sheath dress and killer heels. 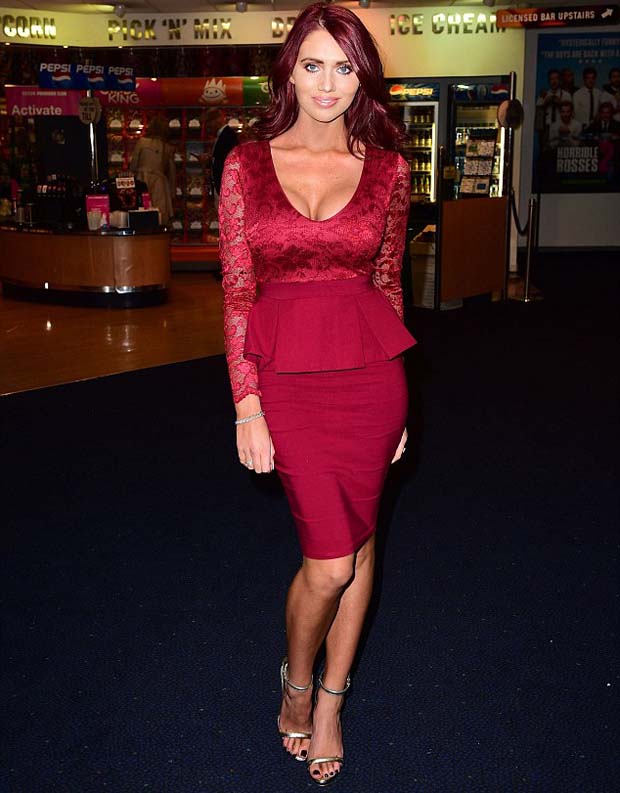 Meanwhile, Amy’s outing comes just a day after it was reported that she mistook deadly virus Ebola for a band while being interviewed at the MOBO awards just last month.