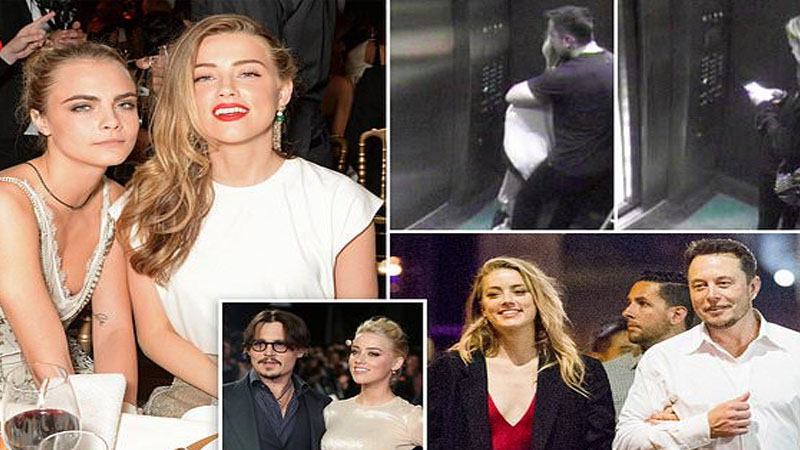 Amber Heard was having a three-way affair while she was married to actor Johnny Depp, revealed UK media reports. Depp and his ex-wife Amber Heard are embroiled in a legal battle since the latter claimed in a Washington Post op-ed that she is the survivor of domestic abuse.

Amber Heard had a three-way affair with Elon Musk and Cara Delevingne while she was married to Depp who is suing his ex-wife for defamation for $50 million. In a deposition from last year which was acquired by Daily Mail, Amber Heard has been accused of spending the night with Delevingne and Musk by the ex-husband of one of Amber’s close friends Raquel ‘Rocky’ Pennington.

Josh Drew responded in affirmative when he was asked by the attorney whether Rocky told him Amber Heard was having an affair with Cara Delevingne while she was still married to Johnny Depp. Asked whether she told him Elon Musk and Cara Delevingne spent the night with Amber in November 2016, Drew said he didn’t know the specific date.

Depp’s legal team asked: ‘Did she ever tell you in words or substance while Amber was still married to Johnny Depp, that the three of them, Amber Heard, Elon Musk and Cara Delevingne, spent the night together?’, with Drew saying ‘yes’.

The co-ordination of belts and shoes is very important

Jennifer Lopez wows fans with throwback video from ‘Its My Party’