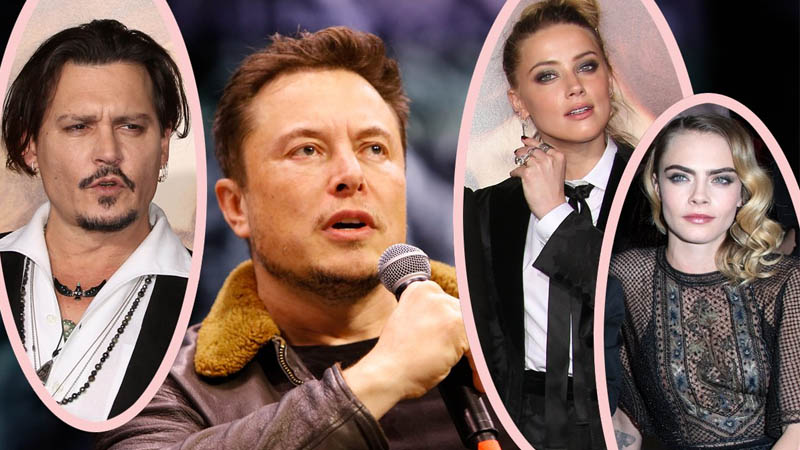 As Johnny Depp and Amber Heard’s court war intensifies, new testimonies have come afloat suggesting the abuser could have been someone other than Depp.

According to testimony and witness statement by a concierge at the building where the former couple lived, Heard was seen with bruises on the neck after Elon Musk had paid her a visit at her pad and Depp was not around.

Worker Trinity Esparza testified in a British court that she saw no bruises on Heard, days after the alleged phone assault.

“I looked her right in the face as we said hello, and I saw no visible injuries whatsoever to Ms. Heard’s face,’’ said Esparza.

She said that a red mark under her right eye was the first time she noticed her hurt on May 27, 2016.

“I saw her later on that week, and she did have marks, and she was going to court to give a domestic-violence deposition, and I thought that was very peculiar because Mr. Depp had left on Saturday,” she said.

Esparza’s witness statement claimed that she saw “a number of marks on Ms. Heard’s body” after Musk was seen leaving the building “like he had just woken up with messy hair.’’

Sasha Wass fired back at Esparza asking if she was suggesting that it was Musk who had injured Heard instead of Depp.

“I did not suggest that, I don’t know,” Esparza responded.

Esparza added that after the alleged phone assault, Heard hadn’t been wearing any makeup to conceal any bruises: “She had a very dewy glow. … I’m a woman, I know when someone is wearing makeup or not wearing makeup.”

“Isn’t it more accurate to say you saw her earlier in the week and you didn’t notice?” Wass asked.

“That is not accurate. I saw her very clearly.,” Esparza responded.

Building security officer Alejandro Romera in his video statement said that the Tesla CEO used to visit Heard, several times a week and late at night when Depp would be away.