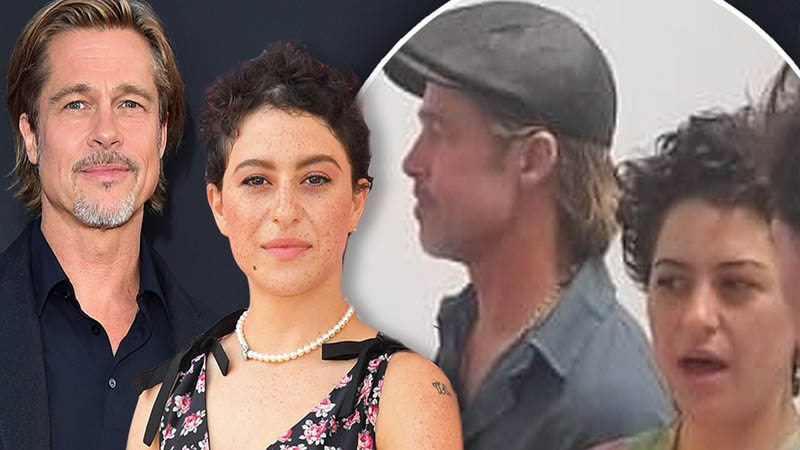 Amid the lockdown, Brad Pitt has been linked with several women. Renee Bargh, ex-wife Jennifer Aniston, Demi Moore to name a few. However, there were only Alia Shawkat rumours that made sense. The Arrested Development star was multiple times spotted outside his gated community. But are they really dating? Hear it from the horse’s mouth!

Alia had been making a lot of noise lately, but not for a very good reason. Amid the Black Lives Matter Protests, one of her old interviews spread like a wildfire. Shawkat was heard using the n-word in the interview. She faced a lot of backlash, and eventually apologized for the same.

While talking about it all, Alia Shawkat in a conversation with Vulture said, “I was like, ‘Oh God, to the public I’m a racist who’s living with Brad Pitt. I think I’ve learned more about it in these last two weeks than I have in my whole life’”

Alia Shawkat further addresses the rumours of dating Brad. The actress revealed that they were just friends, introduced by director Spike Jonze. But the way media outlets have been covering their stories, have been insane for her.

“All my friends were like, ‘What’s going on?’ and sending me photos. I just felt overwhelmed. It’s that feeling of being naked in school, like, ‘Oh my God, everyone’s looking at me,’” Alia said.

The heart-breaking part came in when she shared how people have been talking about her. The fact that people are thinking that an A-lister like Brad Pitt is seeing her, makes her uncomfortable.

Alia Shawkat concluded, “To them, it’s like, ‘We don’t get it! This girl is weird! She’s so different! Why are they hanging out?’ ” she laughed. You get too close to the prom king, and all of a sudden, everyone’s like, ‘Well, who is this b****?’”

So now, we have it for once and all. No more Alia-Brad romance stories for god’s sake!

Shakira Carries Her Son At The World Cup Final