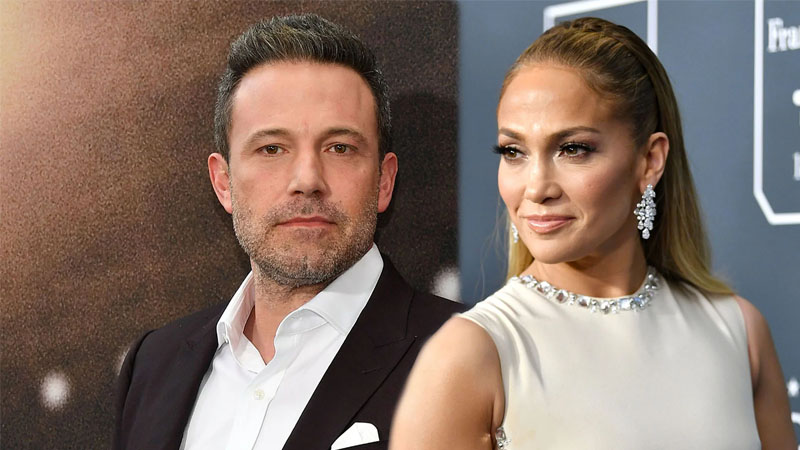 Over the weekend, Hollywood’s hot new couple headed to Nobu in Malibu for an evening out along the coast. And while the night was a birthday celebration for J.Lo’s sister Linda Lopez, pop culture fans can’t help but notice the major relationship milestone that just occurred.

According to an eyewitness, Ben arrived to the restaurant with Jennifer and her 13-year-old twins Max and Emme, who she shares with ex Marc Anthony.

“Ben and Jen sat next to each other and Max and Emme were on each side of them,” an eyewitness revealed. “Ben was grinning ear to ear. He sipped a diet coke and was laughing across the table with everyone. He fit in well and everyone seemed to love having him around.”

According to our source, the couple also didn’t shy away from some serious PDA. In photos obtained by Page Six, Ben and J.Lo exchanged kisses on the lips during dinner. As for the singer’s kids, they appeared to get along well with mom’s special guest.

“Ben was very good with them. He was asking them questions and smiling,” our eyewitness shared. “He was very engaged and seemed to like hanging out with them. They all left together and Ben opened the car door for the kids and made sure they got inside. He was smiling the whole night and seemed very happy with the family.”

Just last week, Ben was recently photographed at the Wynn in Las Vegas. While working on an upcoming project, the actor was able to spend time with Jennifer’s mom Guadalupe Rodríguez.

“Guadalupe loves Ben and is happy that he is back in Jennifer’s life,” a source close to the actor told E! News. “They enjoy gambling together and have done it in the past. Ben had the opportunity to work in Vegas this week and she came out.”

Ben and J.Lo, who were previously engaged for more than a year before breaking up in 2004, sparked reconciliation rumors back in April following her public split from Alex Rodriguez.

While Bennifer 2.0 continues to make headlines, Ben also remains focused on co-parenting with ex-wife Jennifer Garner. Over the weekend, the director attended graduation and swim practice with his kids in Los Angeles.

As for what his ex thinks of all the headlines, she just has one priority.

“She continues to focus on her kids and that is her priority. When the kids are with Ben, she hopes that is his priority too,” an insider previously told E! News. “What he does the rest of the time is not her problem.”