Sean Flynn is going to celebrate his 22nd birthday today. He was born on July 14, 1989 in Los Angeles, California, U.S.

American actor Sean Flynn is widely recognized for playing Chase Matthews on Nickelodeon’s Zoey 101. Some of his other films include Alex in Wonder, Simon Birch, According to Spencer, Scorched, and Family Guy.

The pearl in the Indian Ocean- Kuala Lumpur 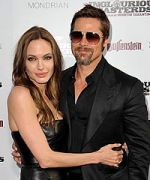 Happy Birthday Johnny Depp: Owning an island to having fear of clowns; 5 things you didn’t know about the star