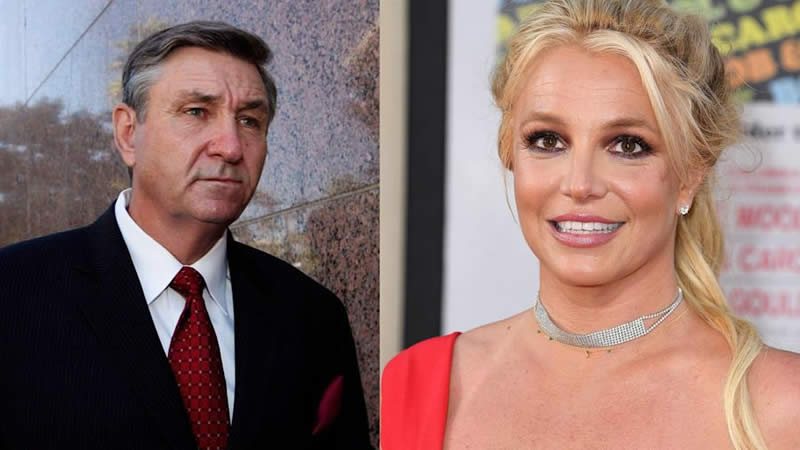 Britney Spears’ lawyer claims in a new court filing that she is working on a prenuptial agreement with her fiancé Sam Asghari, and that having her estranged father Jamie Spears is still in charge of her estate is an issue.

The new paperwork, filed on Wednesday and seen by Rolling Stone, calls for Jamie to be removed as conservator of the pop star’s estate on a considerably faster timetable than Jamie requested in his surprise September 7th petition to end his daughter’s 13-year conservatorship.

While Jamie had requested a court hearing on his petition in January, Britney and her new lawyer, Mathew Rosengart, a former federal prosecutor, are demanding Jamie’s “immediate and necessary suspension” by “no later than September 29,” the date of the case’s next court hearing.

Britney also wants to end the conservatorship by “this fall,” according to the nine-page filing in Los Angeles County Superior Court, with a temporary, short-term replacement for Jamie supervising her affairs until the arrangement is dissolved.

One of the main reasons Britney wants the conservatorship to end as soon as possible is her new engagement to Asghari.

According to Rosengart, he and Britney are “in the process of engaging a family law attorney” to craft a prenup. “The prenuptial agreement process will require communications with and cooperation from the conservator of her estate,” Rosengart states in the filing, also signed by Britney. “Given that Ms. Spears’s relationship with that conservator (her father) is broken, Mr. Spears’s continued involvement would impede the ability to negotiate and consummate a contract that all can agree is in Ms. Spears’s best interests.”

As per Rollingstone, after making distressing public remarks to the court in June and July, Britney, 39, formally petitioned the court to remove or suspend her father. The singer told Judge Brenda Penny she considered the conservatorship “abusive” and “demoralizing,” claiming her dad “should be in jail.”

“I am traumatized,” she said in her blockbuster June 23rd address. “I’m not happy. I can’t sleep. I’m so angry it’s insane. And I’m depressed. I cry every day.” She alleged Jamie and those he enlisted in her care left her feeling “scared,” overworked, isolated, and voiceless. She said she was forced to take lithium, which left her feeling “drunk,” and that she had no agency in her personal life — including the ability to have an IUD removed. “I want to have the real deal. I want to be able to get married and have a baby,” she said.

Jamie agreed to step down as conservator of Britney’s estate in August after first fighting Britney’s demands for his resignation. Jamie’s lawyer stated in his September 7th petition that Jamie recognizes Britney “wants control of her life back without the safety rails of a conservatorship.”

“Ms. Spears has recently demonstrated a level of independence that calls into question whether a conservator of the person is required,” his lawyer Vivian Lee Thoreen wrote. “It appears from public media reports that Ms. Spears has been driving in the community on her own.” Thoreen also cited the fact that Judge Penny decided over the summer that Britney had the wherewithal to hire Rosengart. “This court has recognized that Ms. Spears has both the capacity and the capability to identify, engage and instruct counsel of her own choice, on her own, without the assistance of the conservator or the court,” Thoreen wrote. “If Ms.

Less than a week after that filing, Britney announced her engagement to Asghari in a happy Instagram post on 12th September.

She captioned video clips showing off her diamond engagement ring and kissing Asghari, writing, “I can’t f—ing believe it 💍💍💍💍💍💍❣️!!!!!!”

While Jamie is the sole conservator of Britney’s estate, Jodi Montgomery, a professional care manager, is the short-term conservator of the singer’s person, meaning she oversees Britney’s medical care and day-to-day security.

“We are pleased by Mr. Spears’s recent forced concessions, and my client looks forward to the prompt termination of the conservatorship, and to her freedom,” Rosengart said Wednesday in a statement to Rolling Stone. “Britney Spears will no longer be bullied. We are moving forward with our July 26, 2021, petition for the suspension of James P. Spears, which is a prerequisite to the immediate restoration of my client’s dignity and fundamental rights.”

Rosengart said an investigation of Jamie’s alleged “financial and other abusive conduct at issue is ongoing.”

Tamar Braxton Speaks about Her Relationship As Rumors Flew She Is Back With David Adefeso: “You don’t know that”