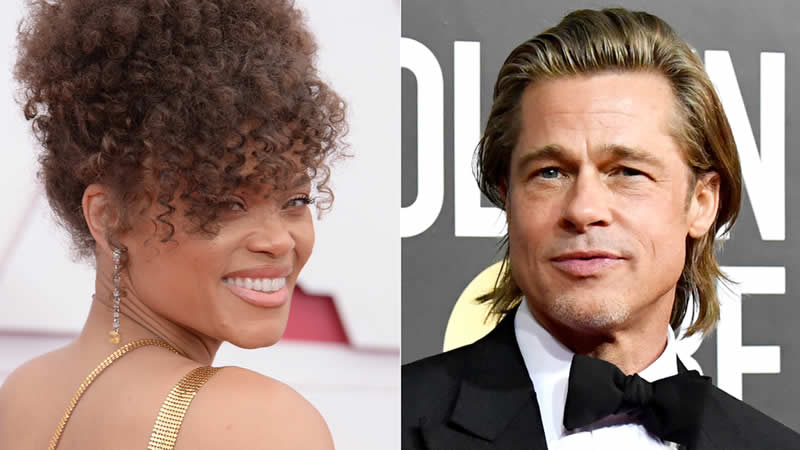 Once upon a time in Hollywood, the rumor mill linked Andra Day with Brad Pitt.

But as it turns out, the duo—who The Mirror said exchanged numbers—are definitely not dating. “We’ve never met,” she told Entertainment Tonight at the 2021 BET Awards. “So, I was like, ‘Oh, alright.’ My sister actually hit me up after, she was like, ‘You met Brad Pitt?’ I said, ‘I guess so. I guess we did.'”

“It is hilarious,” she added about the gossip. “It was thin air. Somebody was bored that day.”

But, like the rest of us, she still calls herself a fan of Pitt. “He’s great, though,” she added, “super talented, wonderful.”

The night wasn’t all about her personal life, though. During BET’s big night, Day took the stage to perform “Strange Fruit” and “Tigress & Tweed”—and she nabbed the trophy for her portrayal of Billie Holiday in The United States vs. Billie Holiday.

The award will certainly look nice next to her Golden Globe, which she also won for her work as Holiday.

“Obviously I was a fan of hers long, long before this, since I was 11 years old,” the actress previously raved to E! News, later adding. “I read every book I could get my hands on, every magazine article. You know, disparaging articles, positive ones, ones about her fashion. Studying, you know, the FBI even….There was a lot, a lot of work, a lot of research, a lot of transformation, but it was definitely worth it. She is worth it.”

Kamala Set To Fight with Team Biden With The Photo to Back it Up: Reports