Chris Klein who is best known for his appearance in American Pie has been arrested following a failed sobriety test. The actor who was pulled over in his car early Wednesday morning (June 16) was asked to complete the standard DUI test but failed. He was taken into police custody on suspicion of driving drunk and held at the Los Angeles Police Department jail.

Aftter being held on bail for $25,000, Klein was released into the car of Lindsay Lohan‘s lawyer, David Perez later that same day. 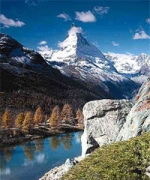 All the Girl’s together for a Girlies Night at Home