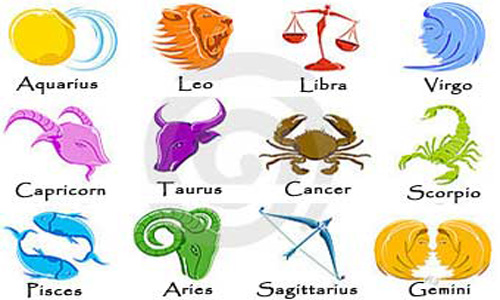 Thanks to the Moon’s visit to your business sector over the weekend your professional instincts are sharp as you move into the new week and possibly a little too sharp. For while Mercury won’t return to open new doors on the work front until the weekend, your antennas have already picked up what’s on the horizon and considering these will be the first opportunities on the work front all year, there is a new buzz in the air. However, anticipation can lead to frustration which can lead to anxiety, especially when you don’t have anything concrete to pin this on. As you start to sense the things that could go right, it’s only human nature to imagine the things that could go wrong. The best way to prepare is keeping your mind and options open and indulging in a lot of wishful thinking.

Your week begins with a bang, with Monday’s Full Moon in your business sector bringing what has been a very full on first part of the year and all that it has produced to a head or to a tipping or turning point. It was Ceres’ departure from your work sector last week that brought all the planetary activity here for the year to a close and with no ongoing planetary activity in your business sector, this Full Moon is likely to be the catalyst for all that has been building behind the scenes on both fronts. With the Moon having returned to your business sector over the weekend and due to leave on Tuesday, there’s a need to move into the new week with your finger on the pulse and your ear to the ground, trusting your professional instincts as the professional gods play their final wildcard.

Ceres’ return to your work sector last week created a powerful and game changing team and a whole new energy and something you have never experienced before. For the first time in 207 years Ceres has teamed up with Mars and Saturn in your work sector and it’s this combination that creates a dream team, that has the power to completely change things and a power that is greater than the sum of the individual parts. For while Mars is firing up your drives, passions, competitive and fighting spirit and Saturn is giving you the power to move mountains if you have to, Ceres is here to reveal what you’re fighting for, getting down to the nuts and bolts of what you need in terms of job satisfaction and a sense of purpose. Pay attention to your professional instincts and to what excites you.

Thanks to the Moon’s visit to your work sector last week you’ve had a chance to pick up on some valuable clues, hunches and insights and more importantly of new doors due to open next month, much earlier in the year than is normally the case. Chances are you’ve already got a sense that when the pace does start to pick up this won’t be just for a while but in a way that will be your new reality. This makes it even more important to not only make the most of the slower professional pace Uranus’ retrograde phase in your business sector allows for, but to focus more on where the money is. While there may be some financial tension thanks to Monday’s Full Moon, with Venus returning to your income sector on Tuesday this will boost both your financial and professional confidence.

Because the Moon only left your work sector on Sunday you’re able to move into the new week with your finger on the pulse and your ear to the ground, just starting to process the valuable clues, hunches and insights this has left you with, along with any last minute wakeup calls. While the pressure on Pluto and your work sector won’t officially end until Tuesday, the point where you are finally out of the woods, the Moon’s visit over the weekend would have got any remaining issues out in the open, where they can be addressed once and for all. Any wakeup calls are all about working smarter, slowing down and pacing yourself, getting things done in an efficient way that provides more bang for your buck. Expect a real turnaround when new doors open on the work front later in the week.

While Venus’ departure from your business sector last month wrapped up all the planetary activity for the year, there was a need to keep your mind and options open and to remain patient, waiting for the professional gods to play their final wildcard. That wildcard is being played during Monday’s Full Moon in your work sector, one that has the power to not only bring work matters to a head or to a tipping or turning point, but income and business matters as well. Falling so soon after a push to get your professional year up to speed there will be a lot that is already in play, already at a tipping point and just waiting for the right trigger, which Monday’s Full Moon definitely is. It’s essential to have your finger on the pulse and your ear to the ground as you move into the new week.

There is a sense of finality in the air this week as the business forces that have dominated your professional life over the last 16 months finally run their course, but not before leaving you with a clear sense of where your heart stands, of your professional desires and expectations and of what you want moving forward. Over recent weeks first Jupiter and then the Sun and Mercury have all left your business sector, leaving Venus behind to tie up loose ends, with a focus on defining where your heart stands, attracting opportunities and attention your way. Yet when Venus leaves on Tuesday this will have run its course, but the energy of the last 16 months will be disseminated and will become part of work and income forces that won’t be running out of steam anytime soon.

Since the Sun, Mercury and Jupiter returned to your business sector to begin both your annual professional update and to open the door to your most powerful and important professional year in over a decade, there have been no real wakeup calls and there aren’t many expected over the coming year. This makes the wakeup calls from Monday’s Full Moon important, not only because of the checks and balances this creates on the business front itself, but any work/life balance issues this brings to a head. With Venus returning to your business sector on Tuesday to trigger the laws of attraction and start attracting attention your way and Mercury leaving on Saturday, for a brief few days you’ll have everything come together, making Monday’s wakeup calls a chance to ensure you’re paying attention.

There is a new sense of anticipation and professional confidence in the air this week, even though you’ll have to wait until later in the week to see any real evidence. As Mercury draws closer to his return to your business sector on Saturday and the doors this will open to the most important 6 weeks of your professional year, this is going to be a growing sense of anticipation which could lead to some frustration. Yet with all the planetary activity in your business sector for the year due to be packed into a short 6 week period, there is a chance this week to both start working smarter, but also to streamline things on both the home and professional fronts, so that when new doors are open all distractions are out of the way and you’ve got some smooth practices in place.

For the first time in 9 months you’ve moved into a new week with no activity in either of your professional houses and with even the Moon staying away, this is a chance to not only let things settle, but to finally step back and absorb and process the incredible journey you’ve been on so far this year. It was Ceres’ departure from your business sector last Thursday that brought this incredible run to an end, but it was the nearly 8 months that Mars spent firing up your professional passions and fighting spirit, during his longest visit in 3 decades that provided the real momentum. There is no chance of losing your momentum anytime soon, not with favourable winds still blowing through, but you can afford to rest on your laurels, stepping back and gaining some perspective before the next push.

Ceres’ return to your business sector last week has provided the hat trick needed to really get the second half of your professional year moving, one that during the course of the week will see a slow transfer from a work to a business focused push run its course. When Saturn turned direct in your business sector last month it was at an extremely busy, focused and overwhelmingly work focused time of year. However, since then the pendulum has swung the way of business forces and when Venus, the only planet left in your work sector leaves on Tuesday, that transfer will be complete. This makes it important, in the early days of the week, to trust what your heart is telling you on the work front, as the fight for professional satisfaction and a sense of purpose heats up.

There is a changing of the guard on the work front this week, but not before Monday’s Full Moon provides some much needed wakeup calls and a call to pace yourself. The Moon’s first visit to a reflective part of your chart since Jupiter returned last month turns what is an annual event into a much bigger deal, creating work tension and some valuable wakeup calls. You will always have a Full Moon here at some point during the Sun’s annual month long visit to your work sector, bringing a reminder to pace yourself, to work smarter and to play devil’s advocate to old perceptions and beliefs. With Venus returning to your work sector on Tuesday to attract opportunities and attention your way and Mercury keeping your head in the game until Saturday, you’re able to turn this into an opportunity.