Kim Kardashian has been wearing a lot of hoodies since her October Paris heist that left her shaken and without some very big diamonds. 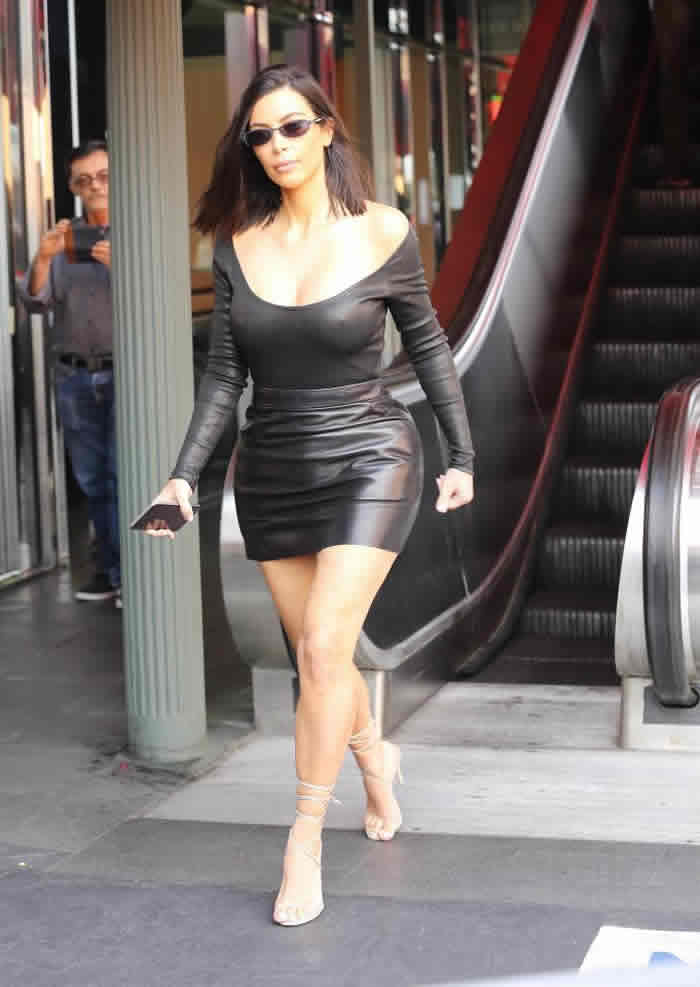 But on Monday the 36-year-old stunner seemed back to her old ways of flashing the flesh in leather as she wore a skimpy outfit to meet friend Jonathan Cheban for lunch at Chin Chin in the Studio City neighborhood of Los Angeles. 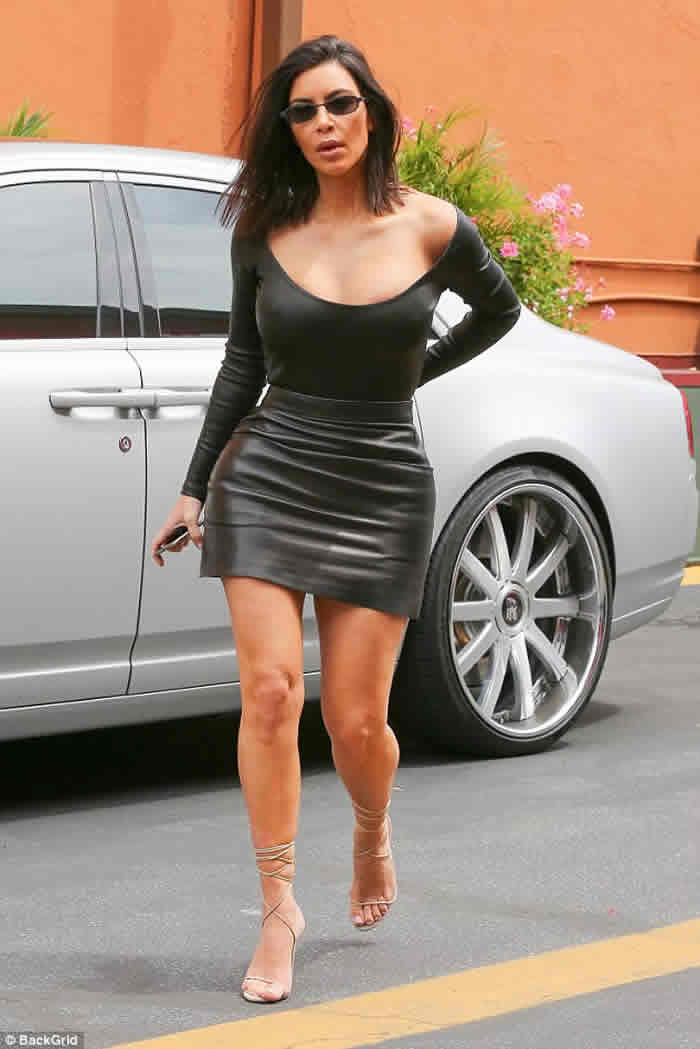 But while the reality diva – who was busy shooting scenes for her hit reality TV show Keeping Up With The Kardashians – wowed, she appeared to have something of a fake tan disaster as she sported streaky orange-hued legs. 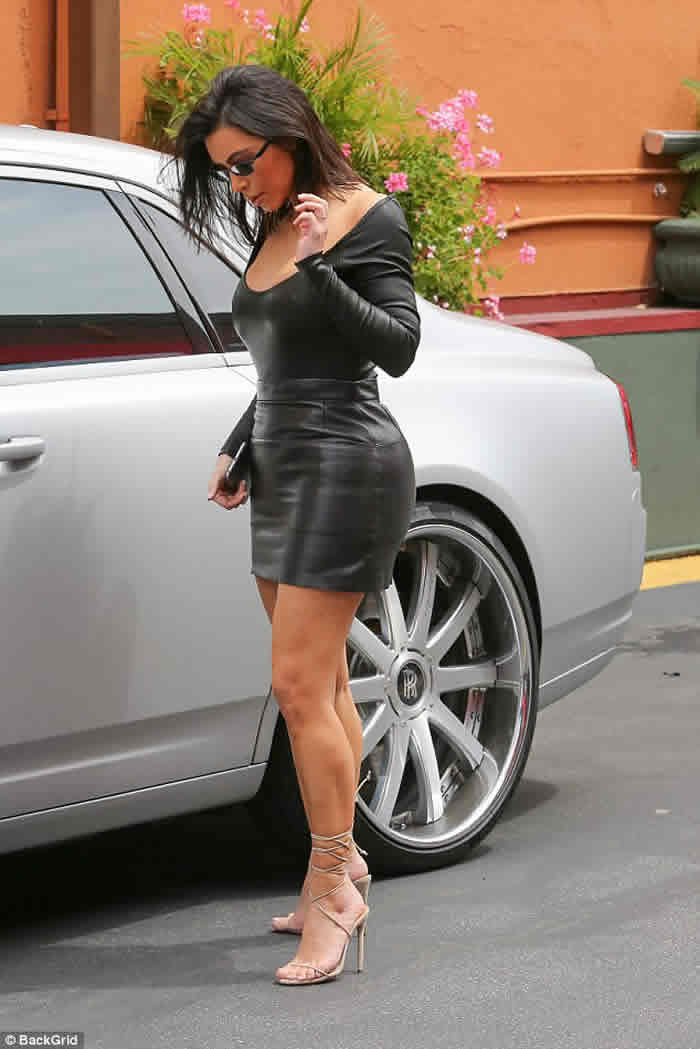 The star put her toned body on display as she wore a slightly off-the-shoulder black top that made it clear she was not wearing a bra. Wearing an ensemble that appeared to be inspired by the hit Matrix movies, the mother-of-two teamed her top with a thigh-skimming skirt. 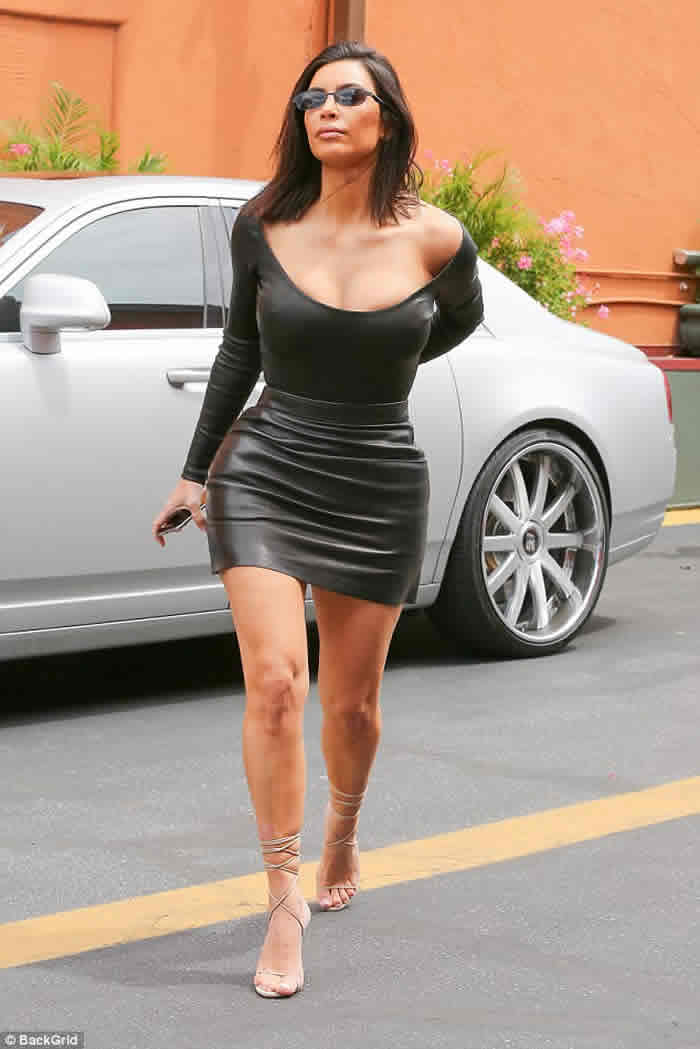 The body-hugging skirt allowed her to show off her toned legs, which appeared to have a blend of streaky shades on them. Boys items include sweatshirts and sweatpants. 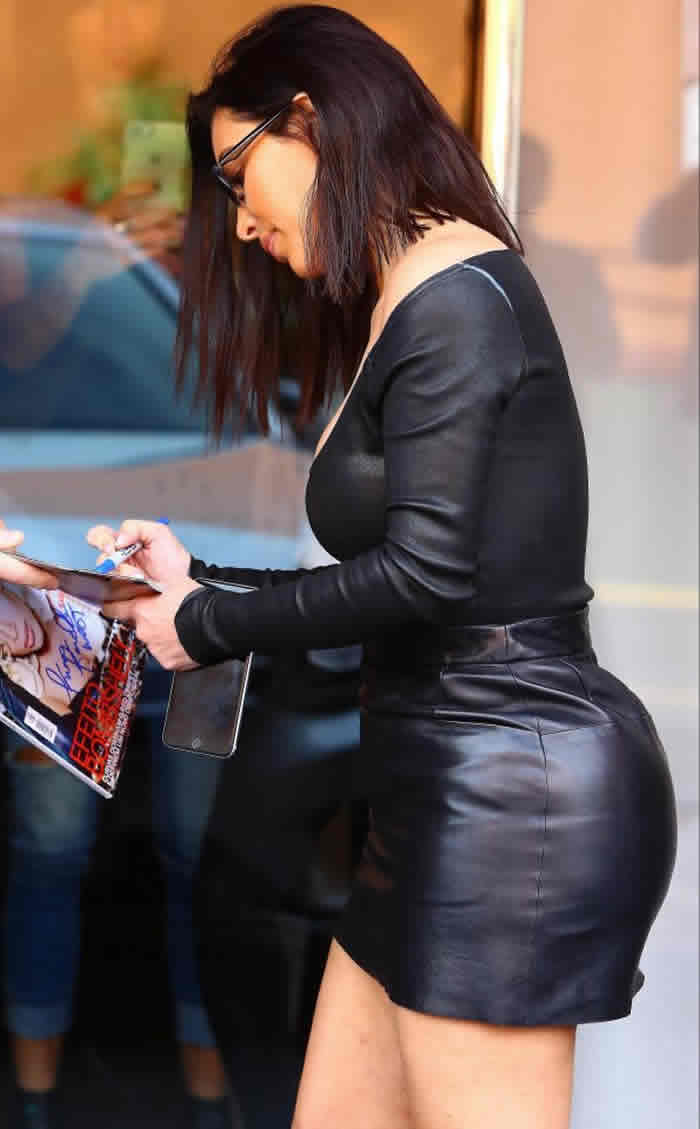 The little ladies get camisole dresses in real silk and lace. Those go for $125 a pop. To help drive interest in the clothing line, Kim shared precious photos of her kids North and Saint to social media on Monday. The new image of Saint shows him in a white tank top and blue Adidas shorts. 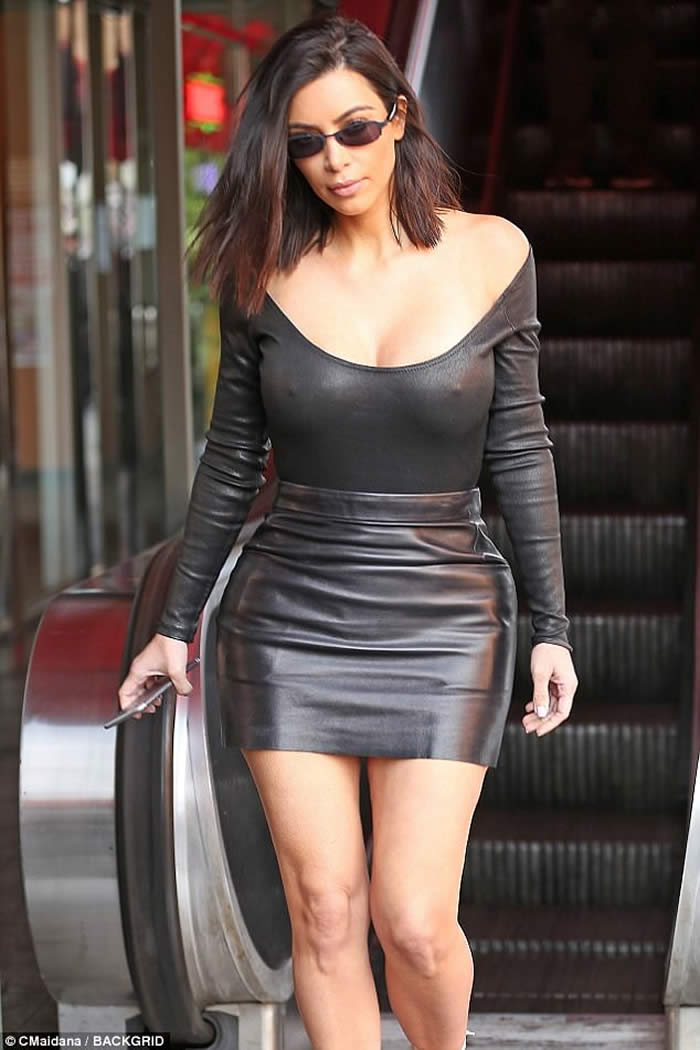