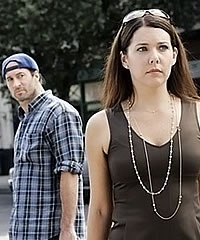 Sometimes relationships break up just before they begin. It is because men make mistakes while talking to women they would like to meet.

Whenever, men meet women, they do not realise the need to make her comfortable and safe. Since the opposite attracts, it puts women in a more sensitive position, so they react at that time and relationship ends.

Another mistake which men like to make is acting as if they are compatible with the lady like. For example, they like a woman but would react as a friend and end up breaking a relationship. Instead of being honest, they just don’t make an eye contact and end up hiding their feelings.

This mistake is very common and interesting and raises woman to a level of ‘goddess’ which is simply shocking and bad. Since men, want what is best in terms of money and looks, they ignore the values and end up losing their ‘dream girl.’

This mistake points out that men are always on the look out to impress by telling women how much money they have and how cool they are. This policy doesn’t work and you lose a girl. Another blunder which men make in a beginning of a relationship is to think that being too negative or complaining can make them look smart but it is not true as women are not bothered!

Those men who do not have confident body language end up their relationship too soon. It is necessary that you should be a strong confident man and take some training to get rid of your complexities.

Among many mistakes made by men is that they ignore the interest of a girl and do not realize that in first meeting women notice lot of things by observing, asking questions, and listening to a client so that they know exactly what he is really looking for. The mistake made by men is that women often throw little verbal tests at them to see if they are consistent. For example, they may insult you slightly to see how you react.

Many guys are too afraid to disagree with women so it is better to realize you crash and burn than to agree with a woman just for the sake of agreeing with her. Be yourself.  Men make blunder of not knowing when to stop and continue to bore women with their chatting and end up breaking a relationship.