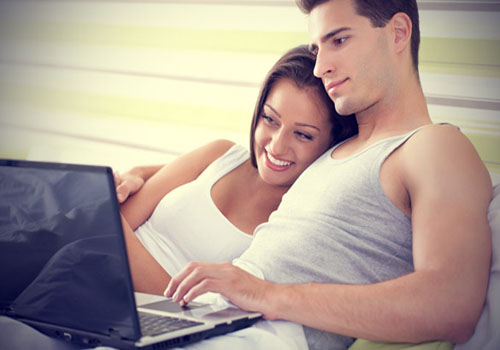 In 25 years of studying marriage, Dr. Terri Orbuch, research professor at the University of Michigan and author of the new book “Finding Love Again: 6 Simple Steps to a New and Happy Relationship,” has found that some of the best relationship advice comes from people who are actually divorced.

In 1986, Orbuch embarked on a long-term study, supported by the National Institutes of Health (NIH), which followed the relationships of 373 newlyweds. By 2012, 46% had divorced, about the same as the national average. In interviews with Orbuch, people who had divorced or ended a serious relationship over and over again brought up the same five issues that they would improve if they had the chance to do it all again.

Over the course of her research, one the biggest surprises for Orbuch was the role money played in marital strife. “Many divorced singles say that money was the number one source of conflict in the early years of marriage,” she tells Yahoo! Shine. She also found that, “6 out of 10 said they would not share living expenses in their next relationship.” She recommends that each partner evaluate their own approach to spending and saving money and discuss with their spouse early on. She says there is no one-size-fits-all-financial plan, but couples need to determine their own rules and adhere to them.

Another surprise was that men crave affection—but not necessarily sex—more than women. “It’s counterintuitive,” says Orbuch, “but men crave feeling special and being noticed by their wives.” She adds that men who report not getting enough nonsexual affection were twice as likely to ask for a divorce, but the reverse was not true for women. “Women are fortunate. We get this kind of affirmation from more people in our lives, our mothers, children, our best friends”—so women tend to need less from husbands.  She recommends carving out time for regular cuddling, kissing, hand holding, and saying “I love you.”

“When divorced couples found fault with their relationship using ‘we’ statements, they were significantly more likely to find love than those who used ‘I’ or ‘you’ statements.” Those who found blame in factors such as being incompatible or too young experienced less anxiety, insomnia, and depression than those who blamed their former partner or themselves for a break-up. Examine what went wrong in the relationship instead of assigning individual blame, suggests Orbuch, and think about how you can resolve conflict better next time.

Orbuch says a trap many couples fall into is “maintenance” rather than true communication. She suggests having a “10 minute rule” every day when you, “Talk to your partner about something other than work, the relationship, the house, or the children.” The key is revealing something about yourself and learning something about your spouse. “Forty-one percent of divorced people say they would change their communication style,” says Orbuch,“and, 91% of happily married couples say they know their partner intimately.”

Letting go of the past is a key to being in a happy relationship. This is true for people who are currently married as well as those seeking love. If you are irked by thoughts of your partner’s old boyfriend or girlfriend or of a fight that happened weeks ago, you might not be interacting in a healthy, positive way. “That animosity prevents you from being fully present,” says Orbuch. She also points out that people who felt neutral toward their ex were significantly more likely to find love after a divorce. If you can’t let go of your anger, her book outlines a number of exercises including writing a detailed letter to the person you are angry at—and burning it. -shine.yahoo