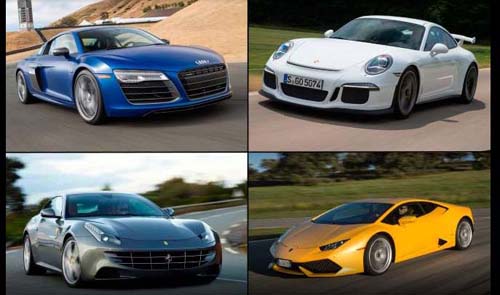 Specific output, power density, or, in its simplest representation, horsepower produced per liter of displacement, is a largely trivial metric by its lonesome. Unless you’re in charge of a racing team faced with engine-size restrictions, and then hp/liter would be pretty important. You could get a better picture of an engine’s overall efficiency and cost if specific output were tag-teamed with other yardsticks such as brake-specific fuel consumption, brake mean effective pressure, recorded cylinder pressure, and volumetric efficiency across the power-band. But ranking cars not destined to spend their lives on racetracks by hp/liter is meaningless. So why do it at all? Because numerical order has its appeal, too.

The qualifications list is short. The cars must have be federalized for sale in the U.S. within the 2015 model year. We also have to know the stock horsepower and liter ratings, and, most critically, we must be able to divide. 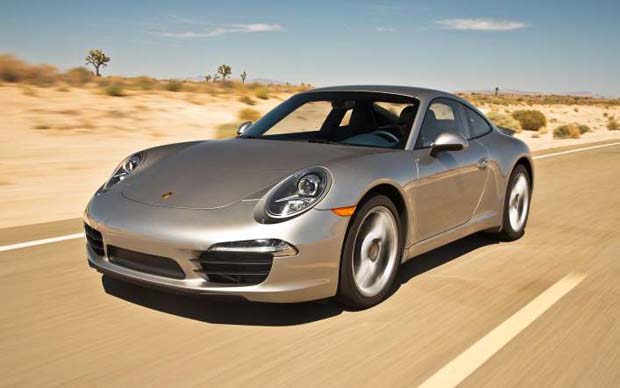 Being able to spin the hell out of the crankshaft without fear of anything tearing asunder is a guaranteed way to earn a spot here. With 350 hp available at a singing 7,400 rpm, the 911 Carrera and its associated variants (Targa, Cabriolet, etc.) ties for the lowest peak power engine speed of the list. 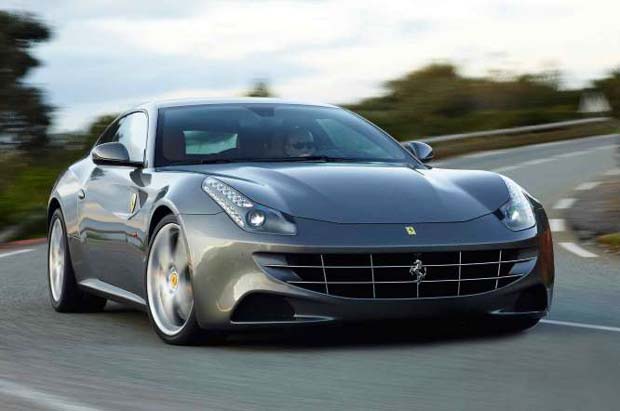 The family Ferrari has room for more than your typical Ferrari: spouse, two kids, luggage, backseat entertainment system for said kids, and all-wheel drive (first through fourth gears only). There’s also a quite large V-12 underneath the hood. 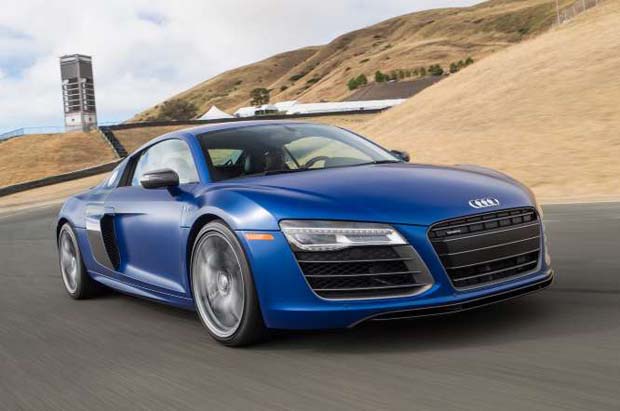 Peak power engine speed: 8,000 rpm
V-10s have helped create some of the more iconic exhaust noises in history despite their relative rarity. Merely four cars of the 2015 vintage pack V-10s — technically, one is the convertible version of another and two are on this list.

Peak power engine speed: 8,250 rpm
The angry-sounding 6.5-liter V-12 mounted in the middle of the Aventador is worlds different from the V-12s motivating the Rolls-Royce Wraith and Mercedes-Benz S65 AMG. The Lambo outwardly looks much angrier than those two grand tourers, as well. 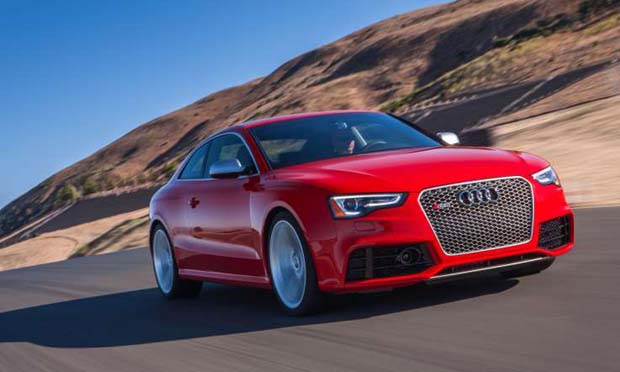 Peak power engine speed: 8,250 rpm
Audi protects the RS 5 from the standard R8 by way of 20 more horsepower. The net result is the RS 5 coupe and cabriolet make the list’s cut, whereas the V-8-powered R8 at 102.4 hp/liter misses it. 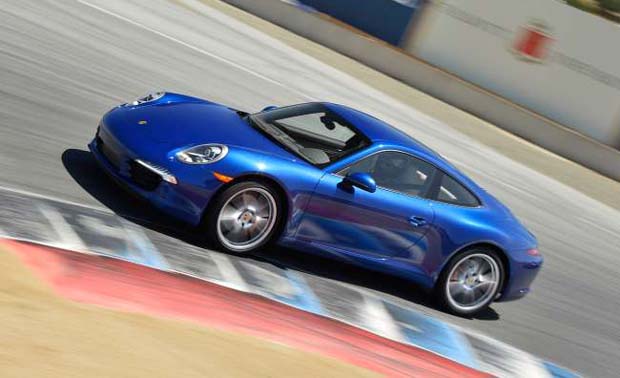 Peak power engine speed: 7,500 rpm
The 911 Carrera S tricks its way onto the list again thanks to the $17,800 Powerkit. For the cost of a fully loaded Mitsubishi Mirage ES, Porsche will tweak the 3.8-liter engine’s intake camshafts and cylinder heads, fit a new intake manifold, and shift the power peak 100 rpm higher. 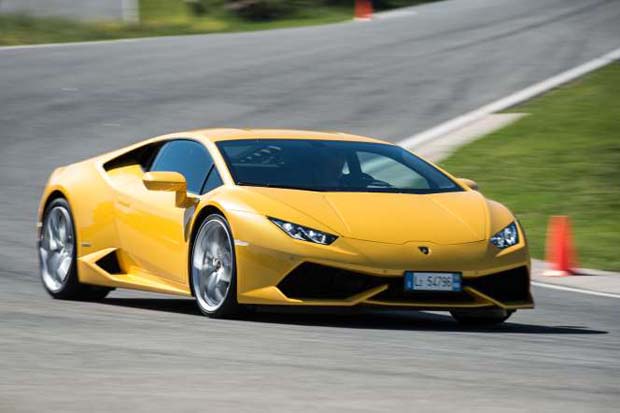 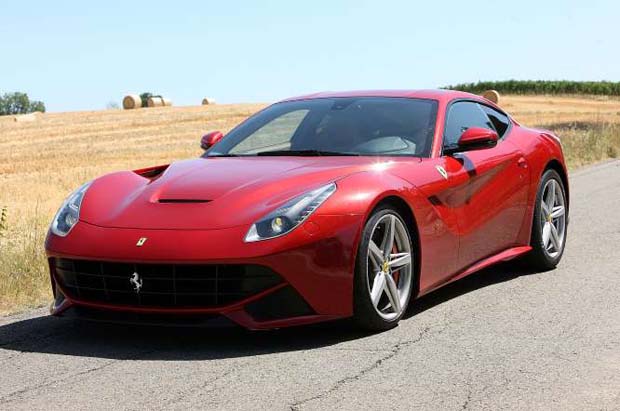 Peak power engine speed: 8,250 rpm
The powerful front-engine F12 mows down the 0-60-mph run in 3.6 seconds, which, amazingly, doesn’t sound all that quick nowadays, although its classic Ferrari long hood should be more than enough enticement to take it out for a spin. 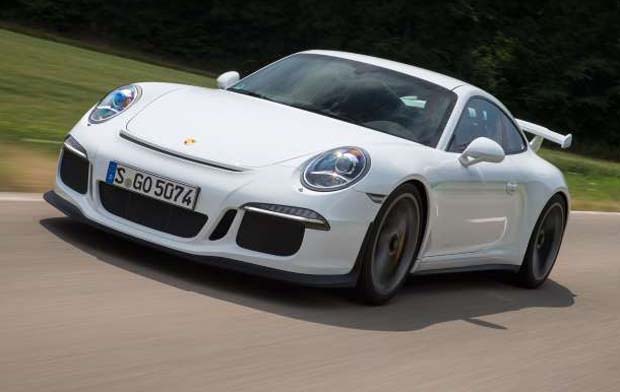 Peak power engine speed: 8,250 rpm
We were smitten with the 996 GT3 when it had a then-drool-worthy 381 hp. The latest iteration induces a similar reaction. Although all naturally aspirated 911s make you feel like you’re at Le Mans when they’re operated in anger, there’s something about the GT3 that just feels so right. 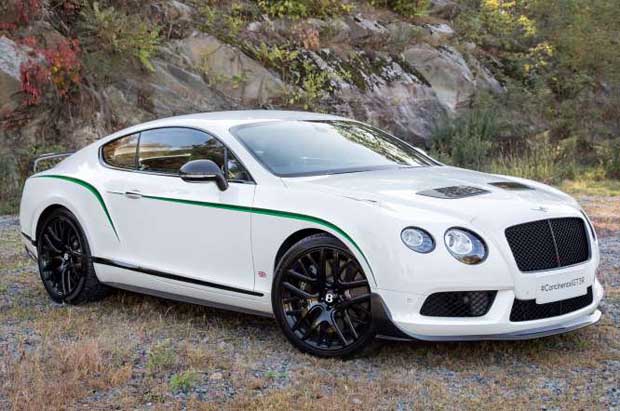 Peak power engine speed: 6,000 rpm
The house that W.O. built updates its bread-and-butter Continental with ruthless efficacy, so of course there’d eventually be one with the back seat missing. The two-person GT3-R is not the most powerful Conti on offer — that’d be the 626-hp GT Speed — but it does boast the brand’s highest specific output.