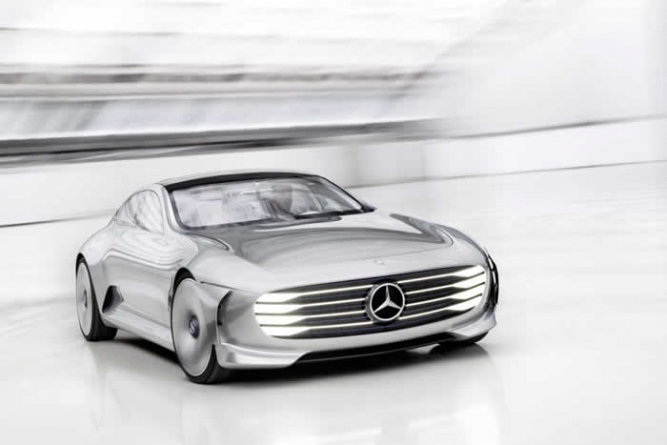 The sleek one-off, described by Mercedes as a “digital transformer,” is a showcase of the brand’s aerodynamic prowess, as it boasts a drag coefficient (Cd) of just 0.19. For reference, the Porsche 911 Turbo — which is by no means an open parachute — has a figure of 0.31 Cd. 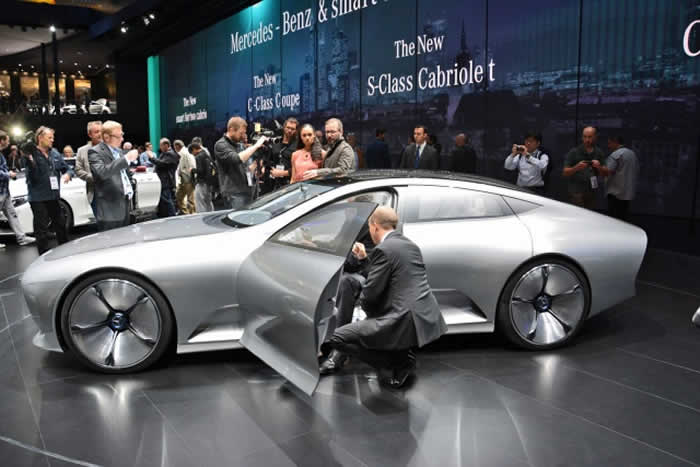 To accomplish this unprecedented level of slipperiness, Mercedes employed a dynamic, adaptable body structure that literally changes shape with the push of a button. When prompted, eight segments at the car’s rear extend by about 15 inches to reduce turbulence, and special flaps on the bumper activate to improve airflow around the nose and front fenders.

Even the wheels — called Active Rims — reduce their indentation to become completely flat, allowing air to slip evenly down the car’s sides without interruption. 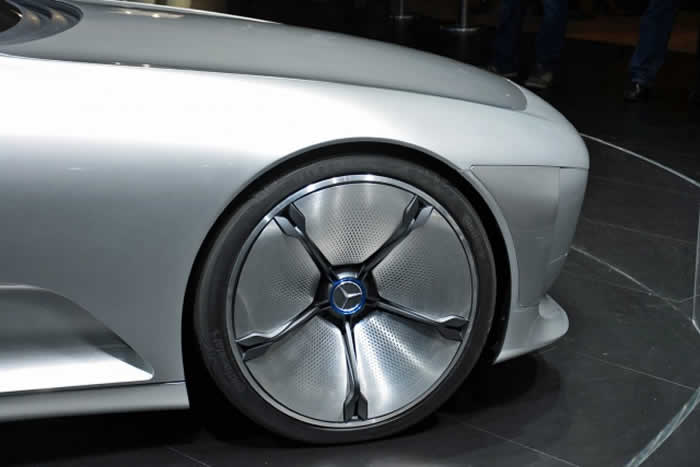 “The Concept IAA applies intelligent innovations to resolve the conflicting aims of functionality and aesthetics and shows that we still have plenty of ideas on how to achieve further improvements in efficiency,” said Prof. Dr.

Thomas Weber, Head of Mercedes-Benz Cars Development. Left to its own devices, the car will undergo this transformation automatically when it reaches 80 kph (49.7 mph) 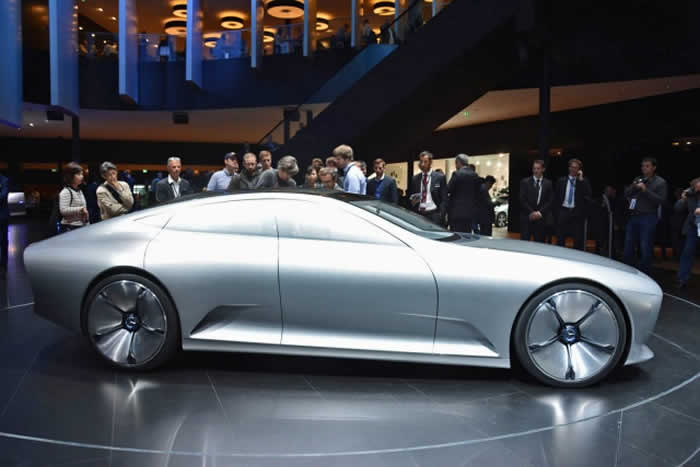 Whatever configuration the Concept IAA is in, the vehicle’s minimalist design is certainly no chore to look at. Outside, the four-door boasts a classic sports car silhouette, with a long hood, flared wheel arches, and a set-back greenhouse presenting a classically athletic profile.

Inside, the ultra-modern IAA takes cues from the S-Class with its two-part screen, but adds unique cut glass and aluminum finishes to embody the luxury sedan of the future. The Concept IAA is currently being showcased at the 2015 Frankfurt Motor Show.