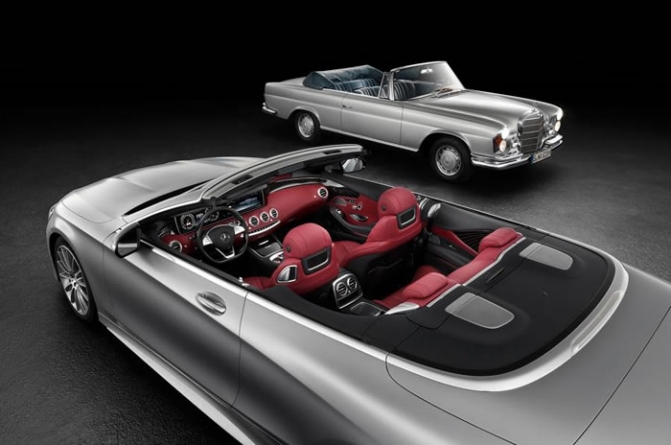 The first official picture of the 2016 Mercedes-Benz S-Class  Cabriolet has been released prior to the upmarket, open-top four-seater making its world debut at the Frankfurt motor show in September.

The new convertible has been pictured alongside an example of the last version of Mercedes’ open-top S-Class, which was sold from 1961 to 1971. 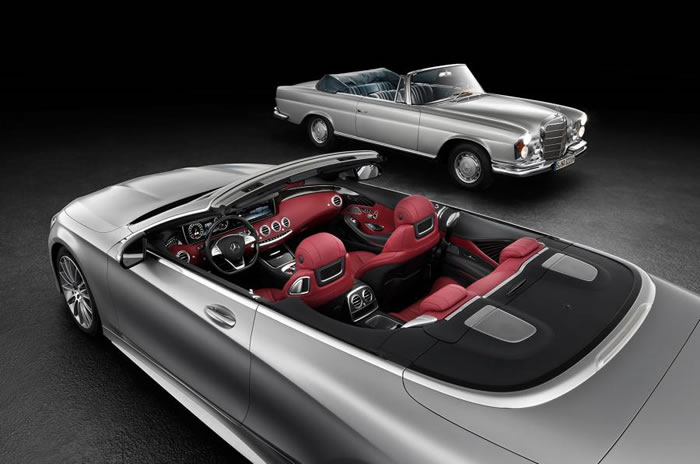 The latest S-Class Cabriolet, known under the internal codename A217, is being pitched as a direct rival to the Bentley Continental GTConvertible, with prices set to start at upwards of £100,000 and extending to more than £200,000 when UK sales get under way in early 2016.  The S-Class Cabriolet uses what Mercedes-Benz sources describe as the largest folding fabric roof to ever see series production.

The fully automatic, multi-layer arrangement, which receives a generously dimensioned glass rear window, has been styled to replicate the roofline of the S-Class Coupé, although packaging requirements mean the rear section is more heavily angled, giving the new car much smaller rear side windows and a considerably longer boot deck than its fixed-roof sibling. Among the changes to the body are a substantially strengthened windscreen frame, altered belt line treatment, new rear wing panels and a heavily reworked boot lid. To preserve its exterior line when the roof is lowered, the S-Class Coupé also receives a large tonneau cover behind the rear seats. 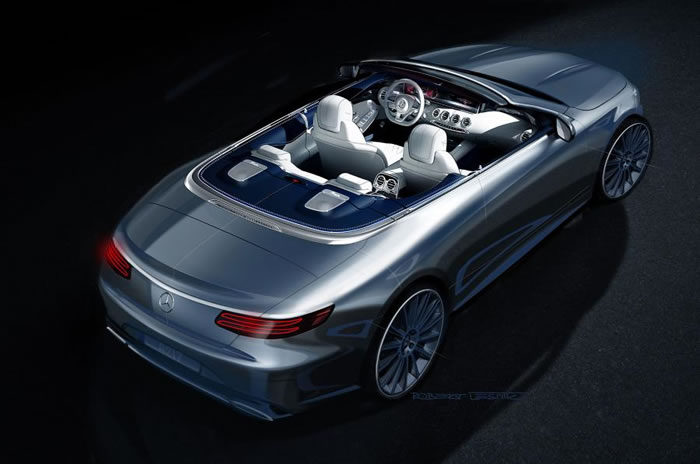 Although it is yet to be confirmed, Autocar understands the S-Class Cabriolet will be sold as standard with rear-wheel drive, along with the option of Mercedes-Benz’s 4Matic four-wheel drive system on at least one model. Other technology planned to be brought over from the latest S-Class Coupé includes an advanced tilt function that forms part of a reworked magic ride control system capable of leaning the car in to corners in a manner similar to that of a motorcycle. The same system also boasts a road scanner function that digitally reads the road surface and automatically alters the stiffness of the hydraulic dampers for optimum ride comfort. 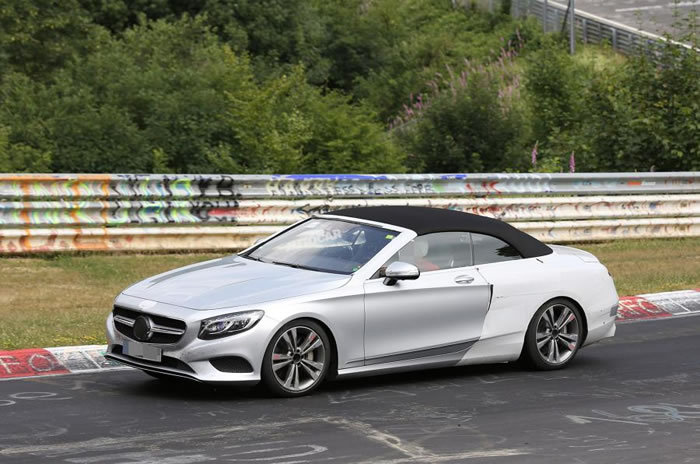 Inside, the new open-top Mercedes provides seating for four, with the individual electronically adjustable rear seats separated by a centre console. Owing to the inclusion of the storage area for the roof behind the cabin, the boot capacity fails to match the 400 litres offered by the S-Class Coupé. Along with its cutting-edge chassis technology, the S-Class Cabriolet is also set to receive a wide range of high-end driver assistant and safety systems as either standard or optional.

Included is a new head-up display system, adaptive headlights with an automatic high-beam assistant, the semi-autonomous Distronic Plus system with steering assistance, a collision-prevention feature that automatically applies the brakes when an impending impact is detected at speeds between 4mph and 124mph, an active lane-keeping function and infra-red night vision. Further comfort features will include a fragrance dispenser, a massage function for the front seats and a series of high-end Burmester surround-sound audio options, including a 3D system that Mercedes-Benz officials have told Autocar has been specially developed for the open top qualities of the S-Class Cabriolet. 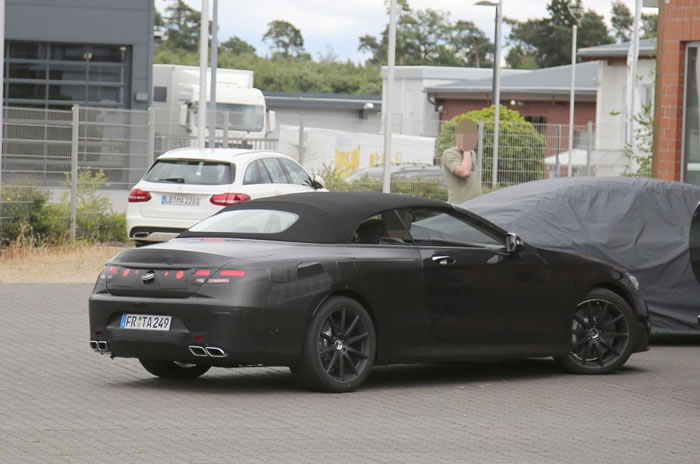