Drew Brees threw for 375 yards as the New Orleans Saints seized sole possession of first place with a 31-15 victory over the struggling Chicago Bears. Brees also tossed three touchdowns in his 200th career NFL contest for the Saints who vaulted over Carolina Panthers for first place in the woeful NFC South Division. 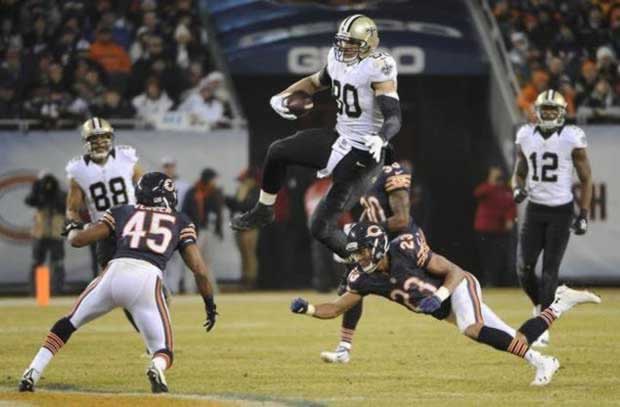 “I like the way this team responded,” said Brees. “I like our resolve. We really needed a win to stay in the playoff hunt.” Brees completed 29-of-36 passes in front of a crowd of 61,000 at Soldier Field and set an NFL record with his ninth straight season with at least 4,000 yards passing. “Our defence stepped up and played great,” Brees said. “Offensively we did enough. I felt like we squandered some opportunities, but for the most part I thought we were pretty balanced.”

New Orleans now controls their own postseason destiny with two games remaining against division opponents Atlanta and Tampa Bay. Asked about their next game, Brees said he is looking forward to avenging an earlier loss to Atlanta. “They beat us. There is a lot at stake. You want to be playing for a lot at the end of the year and we are,” he said.

Josh Hill caught two scores, Marques Colston finished with five catches for 65 yards and a touchdown and Mark Ingram ran in a late touchdown. Bears quarterback Jay Cutler struggled once again. He threw for 194 yards on 17-of-31 passing with two touchdown passes and three interceptions for Chicago, who have lost their last three games.

“I am just trying to get better for the next two games and give a better performance offensively,” Cutler said. Alshon Jeffrey and Marquess Wilson each caught a touchdown pass in the loss. The Saints extended their lead late in the second quarter after going 95 yards in 10 plays on a drive that included three catches from Colston. 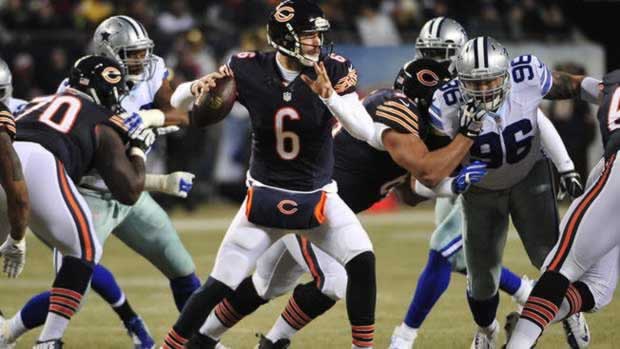 Brees hit Colston for a 13-yard gain. Colston moved the Saints to the Bears’ nine yard line with a 13-yard catch before scoring on the very next play for a 14-0 lead with less than a minute to go in the first half. The Saints started the second half with the ball and engineered a 12-play, 80-yard scoring drive to take a commanding 21-0 lead.

Chicago avoided a shutout as Wilson scored from a yard out just over two minutes into the fourth quarter. Cutler hooked up with Martellus Bennett on the two-point conversion attempt.