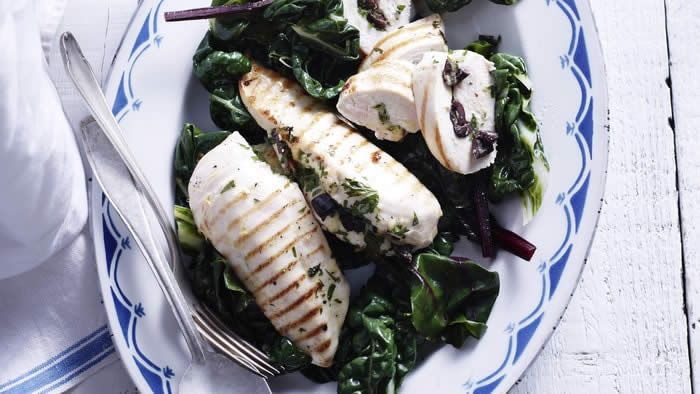 We constantly hear we should eat less meat. That’s often sound advice, but new research published in The BMJ suggests it’s the type of meat that matters most to our health, not the total quantity. According to data from more than a half-million adults tracked over 16 years, those who ate the most red meat were 26 percent more likely to die of eight serious diseases than those who consumed the least red meat. But on the flip side, those who ate just as much total meat but favored white meat over red had a 25 percent lower risk of death from those very same diseases.

To see how each type of meat influenced early death, researchers from the National Cancer Institute divided individuals’ daily meat intake by their total daily calorie intake. This told them what percentage of a person’s diet was made up of meat, rather than the number of servings he or she ate per day. Next, the researchers zeroed in on those who consumed the highest percentage of red meat (both processed and unprocessed beef, pork, and lamb) and those who ate the highest percentage of poultry and seafood.

Read More: 10 of the Best International Foods You Have to Try

Then they compared each group against those who ate the least amount of each respective meat type. From this data, the study authors were able to show that heavy red meat consumption was linked to that 26 percent greater risk of disease, and specifically deadly infections, cancer, stroke, diabetes, and heart, respiratory, kidney, and liver diseases. The numbers were practically the exact opposite with white meat — more poultry and seafood was tied to 25 percent lower odds of early death.

Why is a menu full of red meat so much riskier than a white meat–heavy diet? “A number of studies have tried to answer this question, and several possible mechanisms have been identified,” says lead researcher Dr. Arash Etemadi. “The risks may be due to compounds found in red meat, such as higher fat content, nitrates added during processing, and heme iron.”

Read More: 7 Healthy foods You Should Be Eating for Breakfast

In their study, Etemadi’s team considered heme iron and nitrite/nitrate content of red meat, and found an association between the compounds and early mortality. He also says the compounds churned up while cooking red meat heterocyclic amines and polycyclic aromatic hydrocarbons may also be detrimental to health.

Because chicken, turkey, and fish tend to have less saturated fat, are less commonly processed, and are lower in heme iron, Etemadi says the reduced death risk among white-meat consumers may mostly be due to the fact that they ate far less red meat. “There may be other factors, but in our analyses, it seemed to be in large part due to the substitution,” he explained. Finally, it’s worth noting that this study doesn’t suggest you should ditch steak and pork chops altogether. Just mind your intake. But when it comes to chicken, turkey, and fish — all excellent sources of protein, vitamins, and minerals feel free to go whole hog.