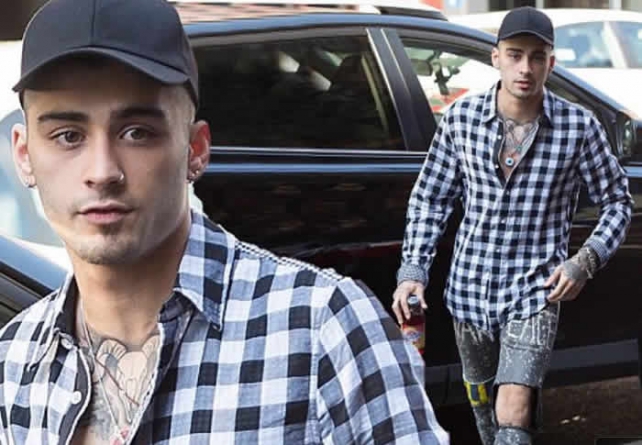 He’s somewhat of a style chameleon, just like his model girlfriend Gigi Hadid. And Zayn Malik certainly stood out from the crowd as he headed out in New York’s West Village on Sunday.

The One Direction star turned solo artist rocked artfully ripped jeans for the outing, as he showed off his colourful tattoo collection. 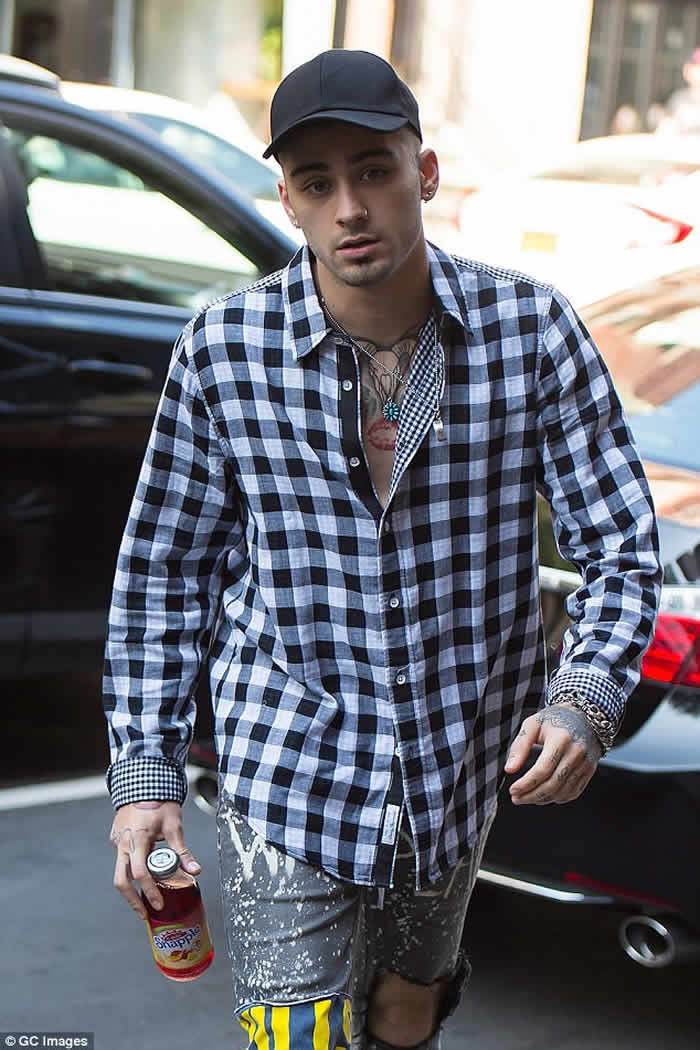 Zayn, 24, unbuttoned his checked blue and white shirt to flash a glimpse of his colourful chest tattoo, with his ink also poking out from under his sleeves. The style-conscious singer also showed some skin thanks to a huge rip at the knee in his denims, which were covered in paint splatters and slogans.

A pair of grey sneakers and a baseball cap completed his look. Zayn, who is dating Gigi Hadid, 22, became the first British male solo artist to go directly to number one on the US Billboard 200 chart with his debut release, A Mind Of Mine. 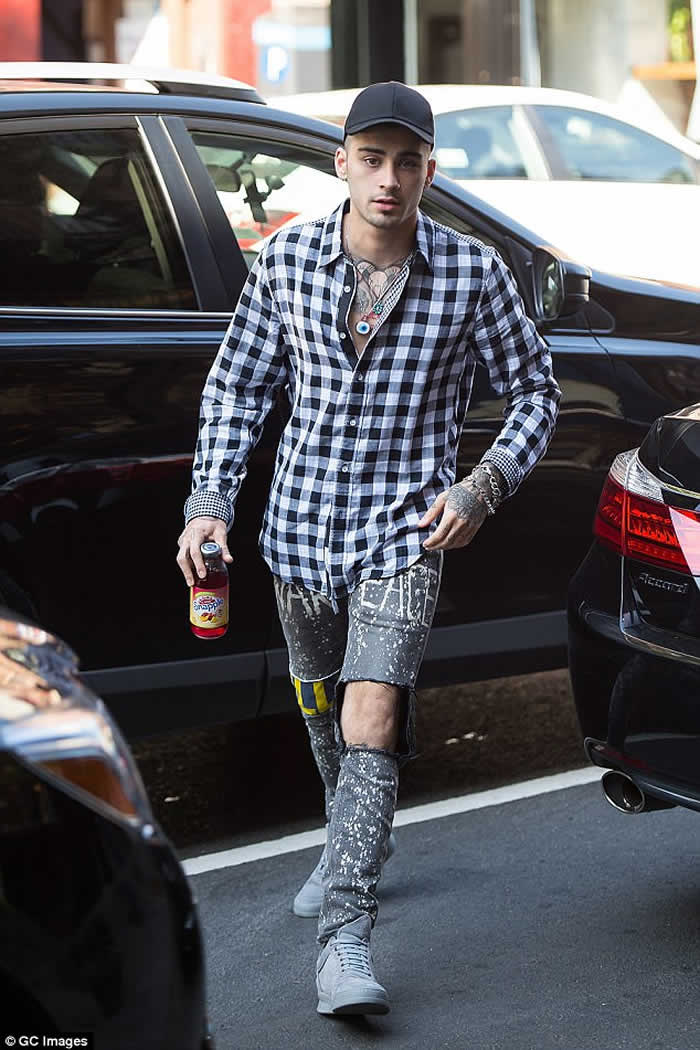 He rose to prominence on The X Factor in 2010, where he teamed with Liam Payne, Harry Styles, Louis Tomlinson and Niall Horan to form a new, young boy band.

Coming third on the reality show, the boys rocketed to stardom after the release of their first record – and went on to sell a whopping 20 million albums worldwide. Zayn decided to quit in March 2015, reasoning that he wants to be a ‘normal 22-year-old who is able to relax and have some private time out of the spotlight.’ 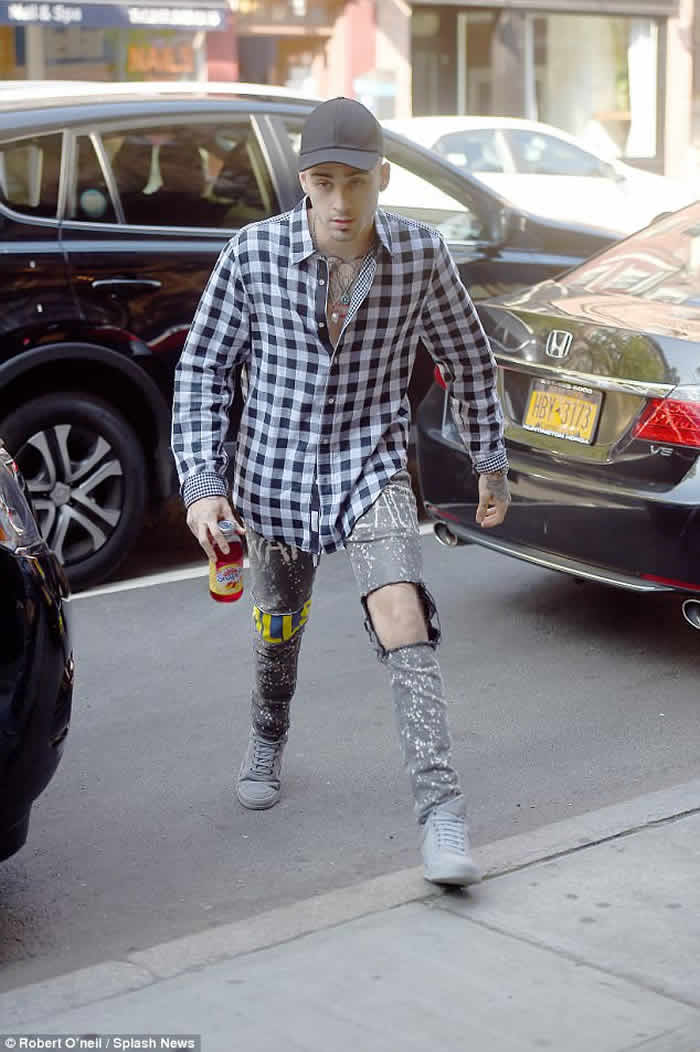 A year and a half ago, Zayn confirmed his relationship with Gigi in an Instagram post and she appeared in his Pillowtalk music video. Gigi talked about her relationship with Zayn on The Ellen Show in February.

‘We actually met at a friend’s birthday party a few years ago and then he was in New York to come to the Victoria’s Secret show last year I think and ended up not coming,’ Gigi said. ‘I was like I’ll play it cool. 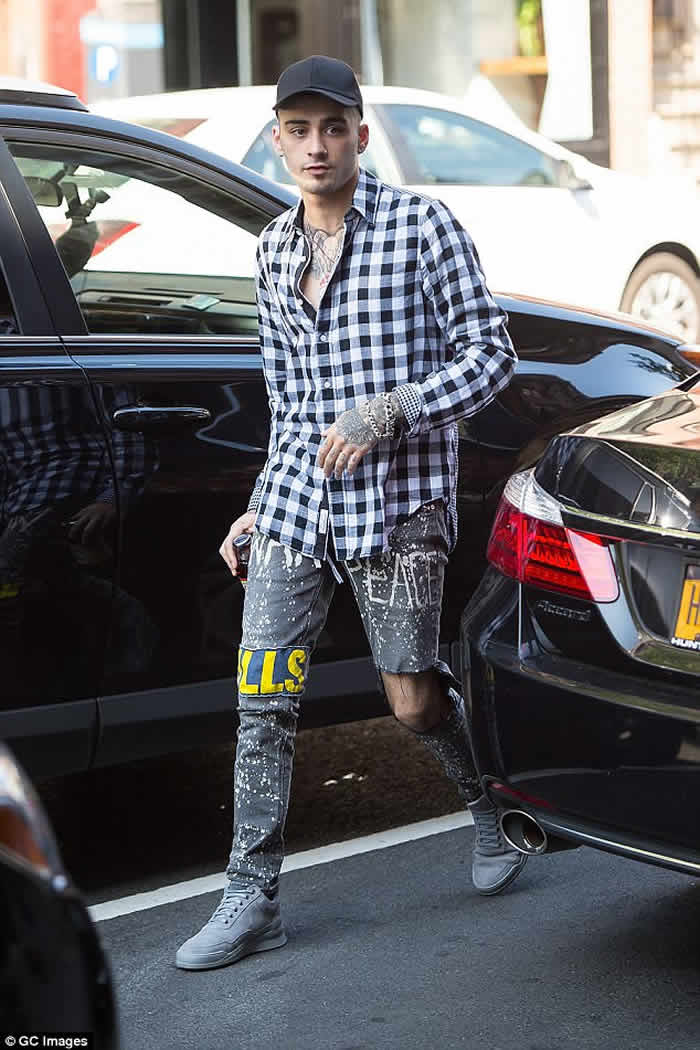 I’ll go to the after party… he wasn’t there. ‘Later that week, we ended up going on our first date,’ she added. Prior to her relationship with Zayn, she dated Joe Jonas and even directed the music video for his band DNCE’s hit single Cake By The Ocean.

Describing their relationship Shiva Safai, the finacée of Gigi’s dad Mohamed Hadid, told E! news: ‘He’s a great guy and she’s a very smart girl and she’s amazing. ‘They have a great relationship.’