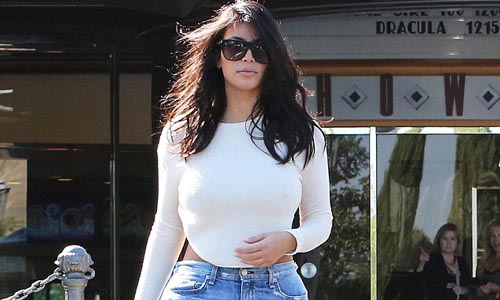 What was she thinking? Kim Kardashian dons bizarre ensemble of denim Bermuda shorts, open-back top and heels on date with Kanye West. She likes to make bold fashion statements. 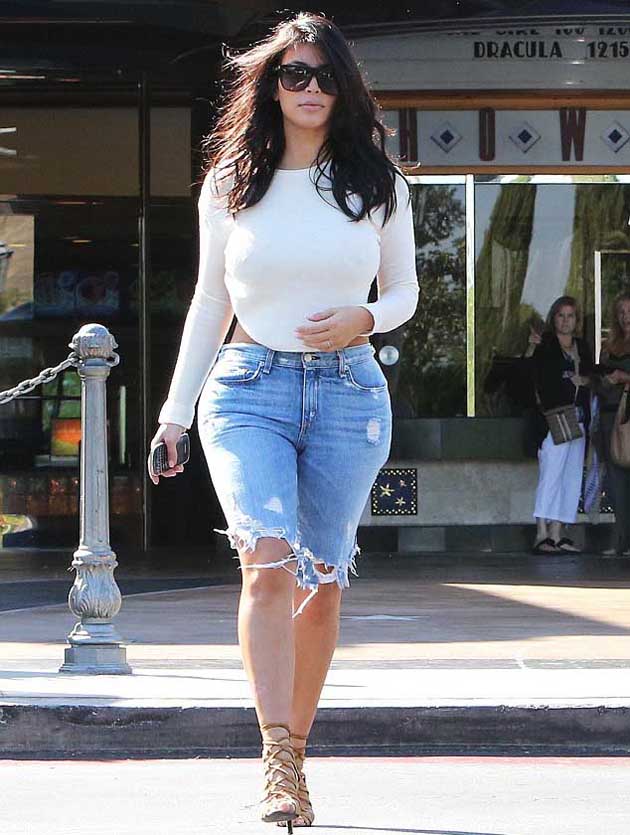 But Kim Kardashian may have gone a bit overboard as she stepped out with husband Kanye West in Calabasas, Los Angeles on Sunday.

The 33-year-old reality star left little to the imagination in an open-back top, denim Bermuda shorts and heels for the outing. The Keeping Up With The Kardashians star’s shorts appeared to have once been jeans before they were slashed at the knee. She strutted her stuff in strappy yellow heels and shielded her eyes with dark oversized shades.

Kanye was looking much less conspicuous in a grey T-shirt paired with dark trousers as he strode along in camel coloured boots. He accessorized with a chain necklace featuring the name of their 16-month-old daughter, North. It was an adults-only outing, as Kim and Kanye, 37, left their child in someone else’s care. 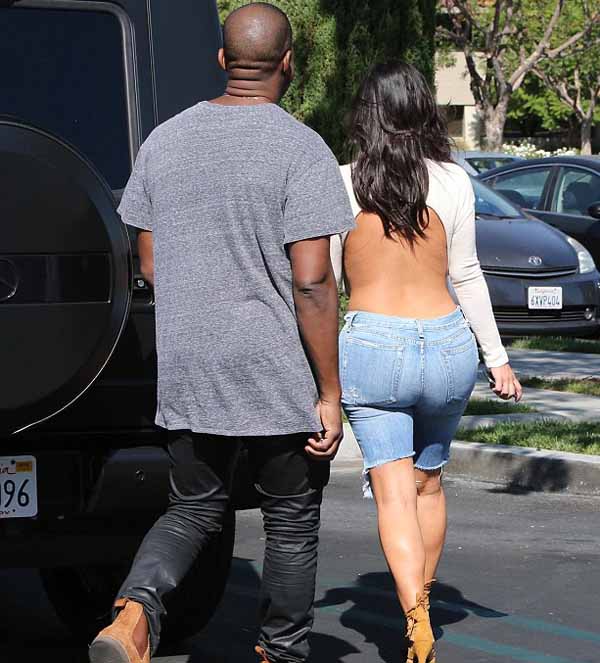 They caught a movie at the cinema before satiating their appetites at Taco Bell – picking up their food in the drive through. Saturday was a family affair as the couple took Nori to the pumpkin patch, accompanied by sister Kourtney and her two children – Mason, four, and Penelope, two – and momager Kris. 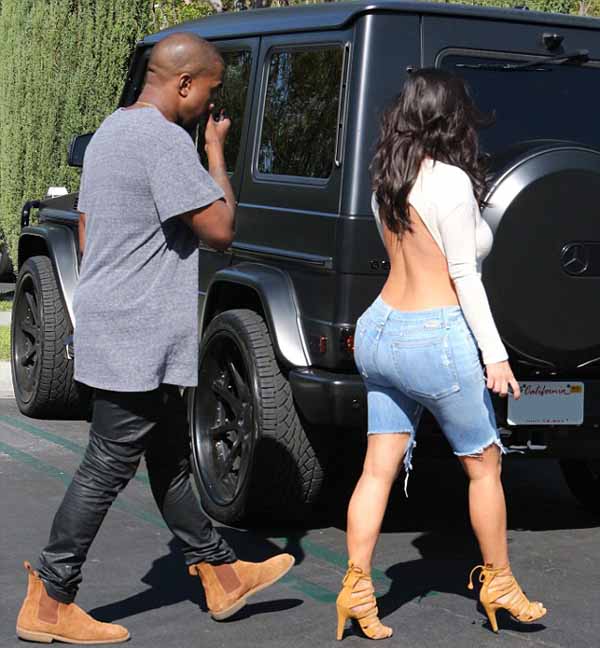 Later that night, Kim stepped out for dinner with a friend in Venice, Los Angeles. Meanwhile, the raven-haired beauty is gearing up to celebrate her 34th birthday on Tuesday. She will host her birthday bash on Friday, October 24 at the Venetian’s TAO nightclub in Las Vegas. 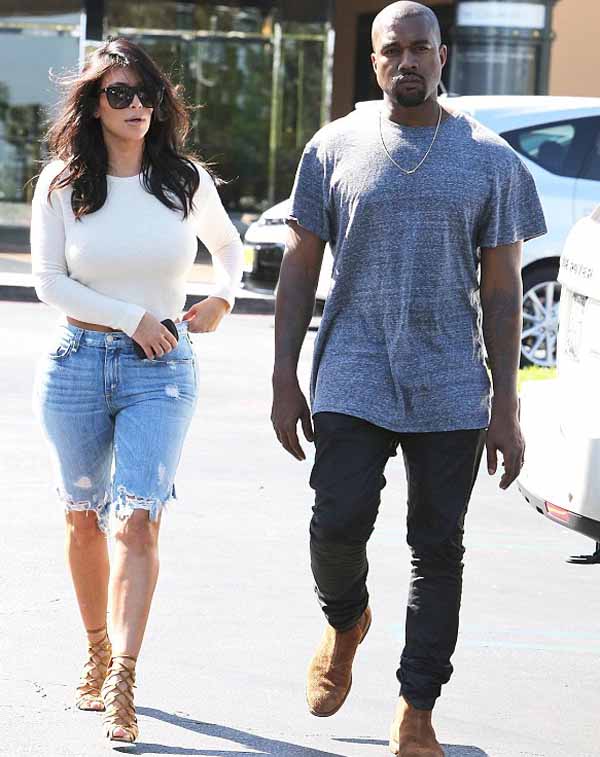 Tickets for the party range from $30 to $5,000 for the ‘platinum package’ table service. Kim has exciting things on the horizon. The Bound 2 vixen will make a cameo on the season four premiere of 2 Broke Girls – starring Kat Dennings and Beth Behrs – which airs October 27 on CBS. She and sisters Kourtney and Khloé will launch their fifth Kardashian Kollection at Lipsy London on October 29.