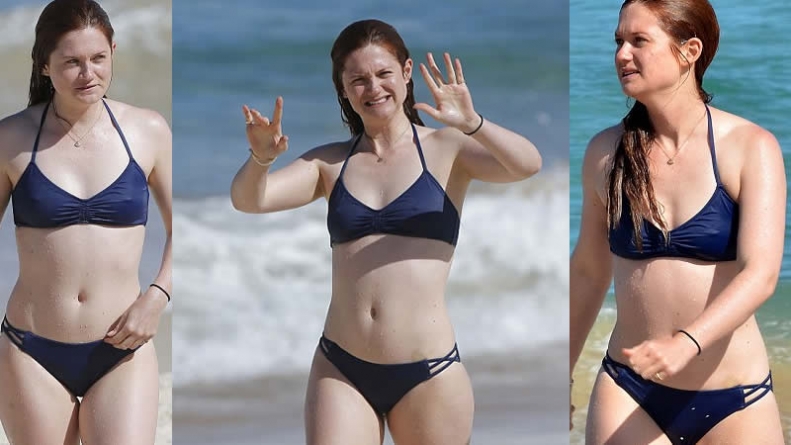 She rose to fame as Ginny Weasley in the highly-acclaimed Harry Potter series aged only ten. And Bonnie Wright looked to have well and truly shaken off her on-screen alter-ego as she enjoyed a girls’ holiday in Sydney, Australia, on Tuesday.

The screen star paraded her lean bikini body in a navy two-piece as she larked around on Bondi Beach with a group of gal pals. 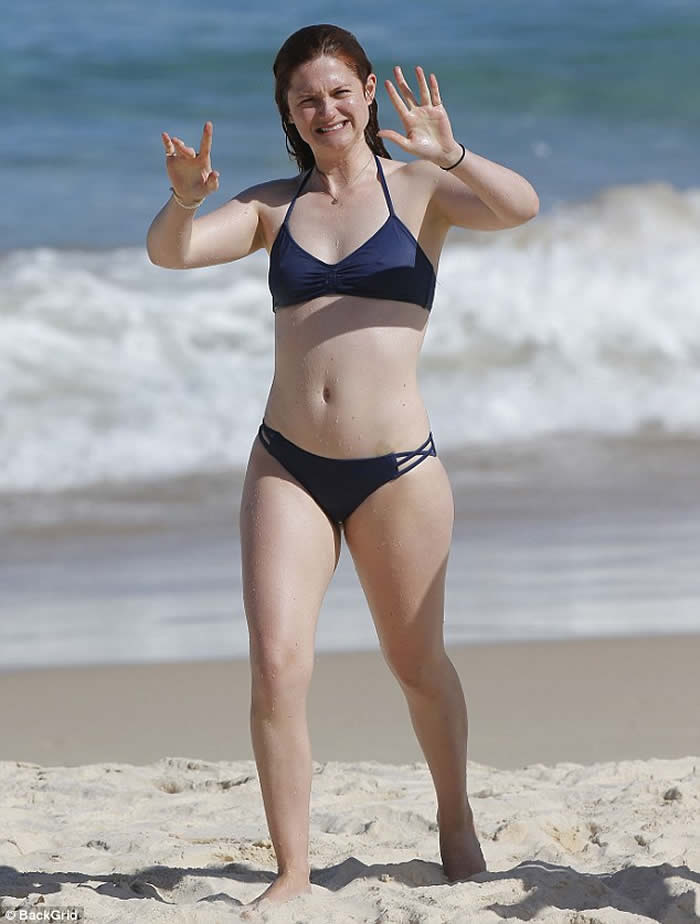 She embraced her alabaster skintone which was further highlighted by the dark hue of her bikini.

The political activist looked in great shape – her legs lean and her stomach toned – as she relished some time off from filming her latest release, entitled The Highway is for Gamblers. 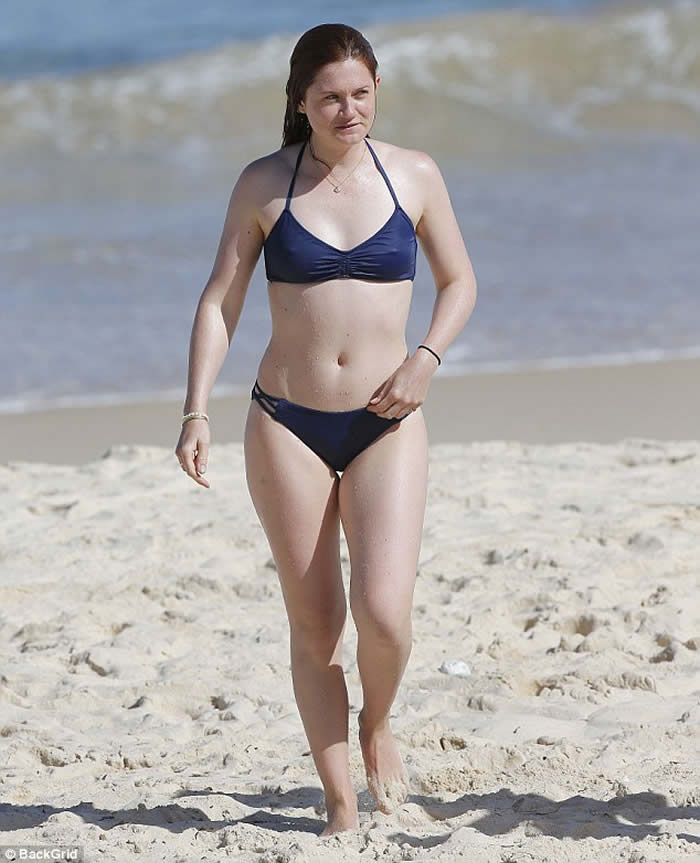 Bonnie was pictured strolling up and down the shore before cooling off in the crystal-clear sea with a female friend. She wasn’t afraid of getting her long auburn locks or her make-up-free face wet as she splashed around without a care.

It was plain to see she was in good spirits as she lapped her beautiful surroundings and spent quality time with her friends. 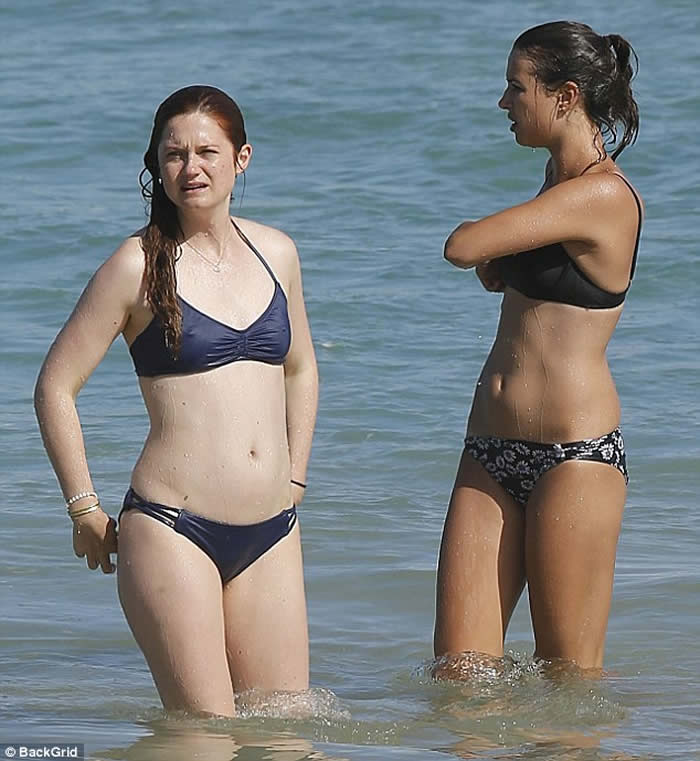 Evolution’s Christopher Judge and Smallville’s Allison Mack. Her sighting is her first in nine months, having kept a low-profile since she was pictured arm-in-arm with a mystery man in London in July. 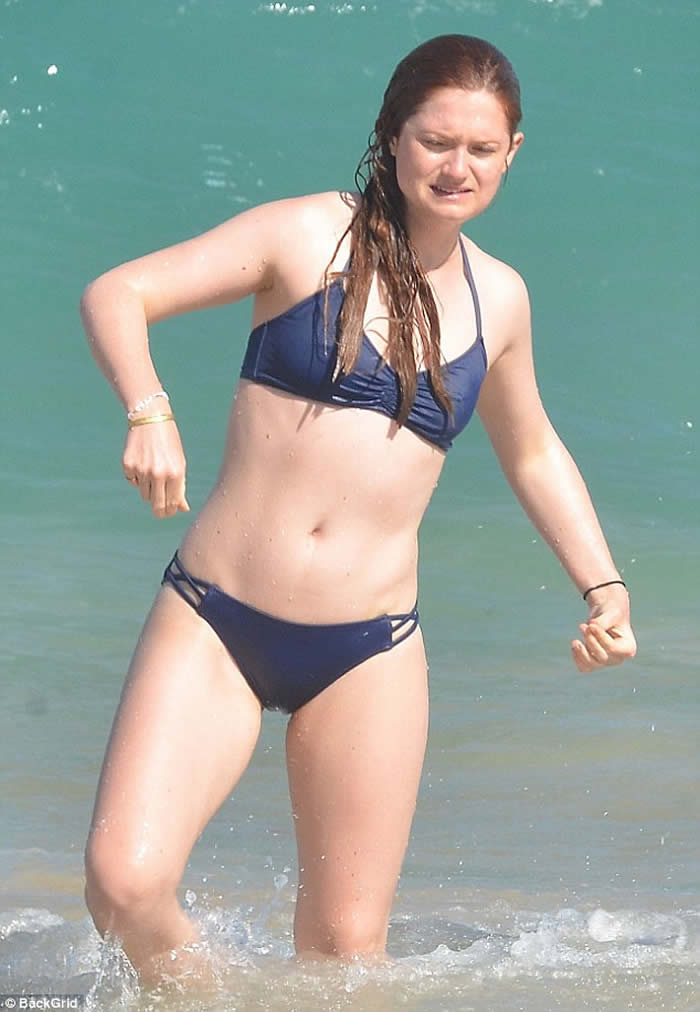 The British beauty is currently dating nightclub owner Simon Hammerstein, who is 13 years her senior, after splitting from her Harry Potter co-star Jamie Campbell Bower in June 2012.

Since the conclusion of the Harry Potter series in 2011, she has enjoyed a handful of film roles, including parts in 2013 hit The Sea and After the Dark in 2014. 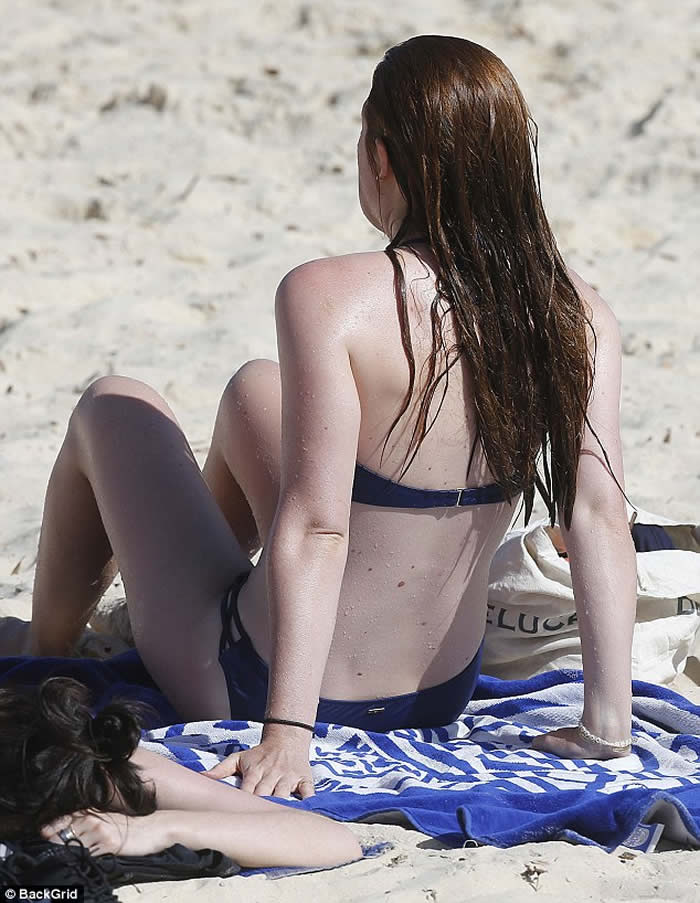