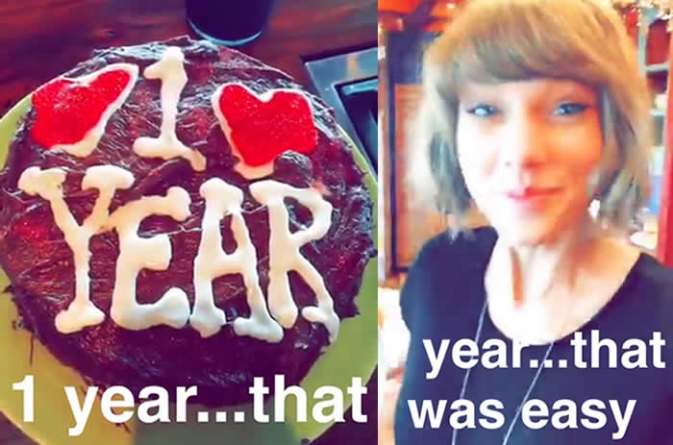 So sweet! Taylor Swift took to Instagram on Sunday, March 6, to share a pic of her anniversary gift from boyfriend Calvin Harris. “3.6.15,” she captioned her photoof the engraved heart-shaped locket.

“One year down!” Harris also Snapchatted a video that showed them celebrating with a cake decorated with hearts and the words “1 YEAR.” 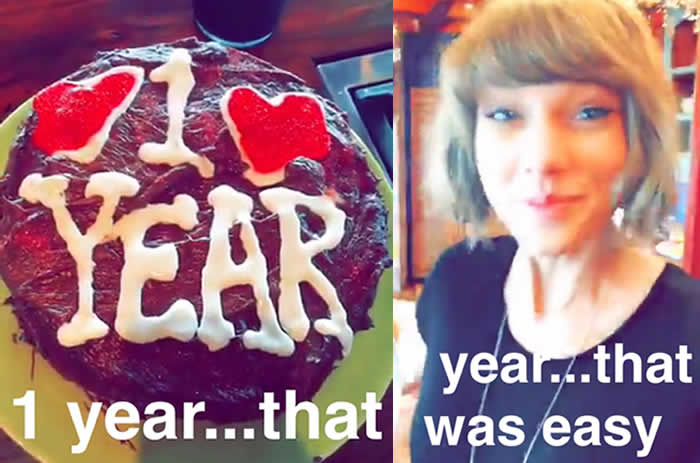 Last April that the Grammy winner, 26, and DJ were dating after hitting it off at the 2015 Brit Awards. After two weeks of texting, Swift flew to Las Vegas to watch Harris, 32, perform on March 7. “That’s when it really started popping off,” an insider told Us at the time.

Since then the pair have been spotted together all over the world as Harris found time to join Swift as several points on her 1989 world tour and they hung out in the U.S. and his native Scotland. 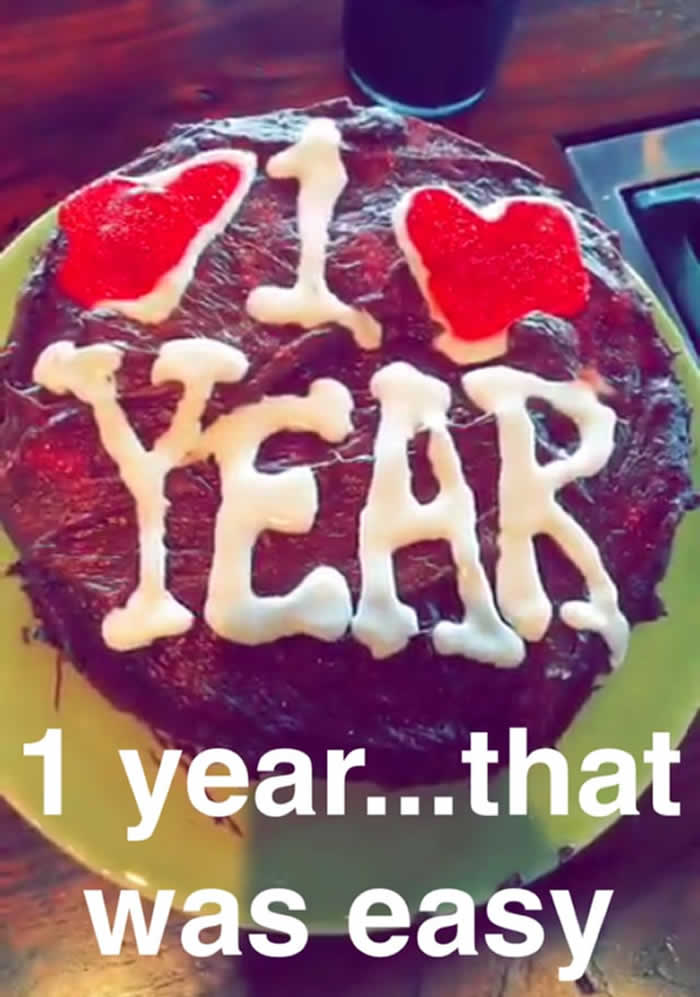 Harris told a U.K. radio station last July that he was “insanely happy” with Swift, while the “Out of the Woods” singer seemed equally smitten.

“She’s head over heels,” a source told Us Weekly in October. “She hasn’t been in love like this before!” 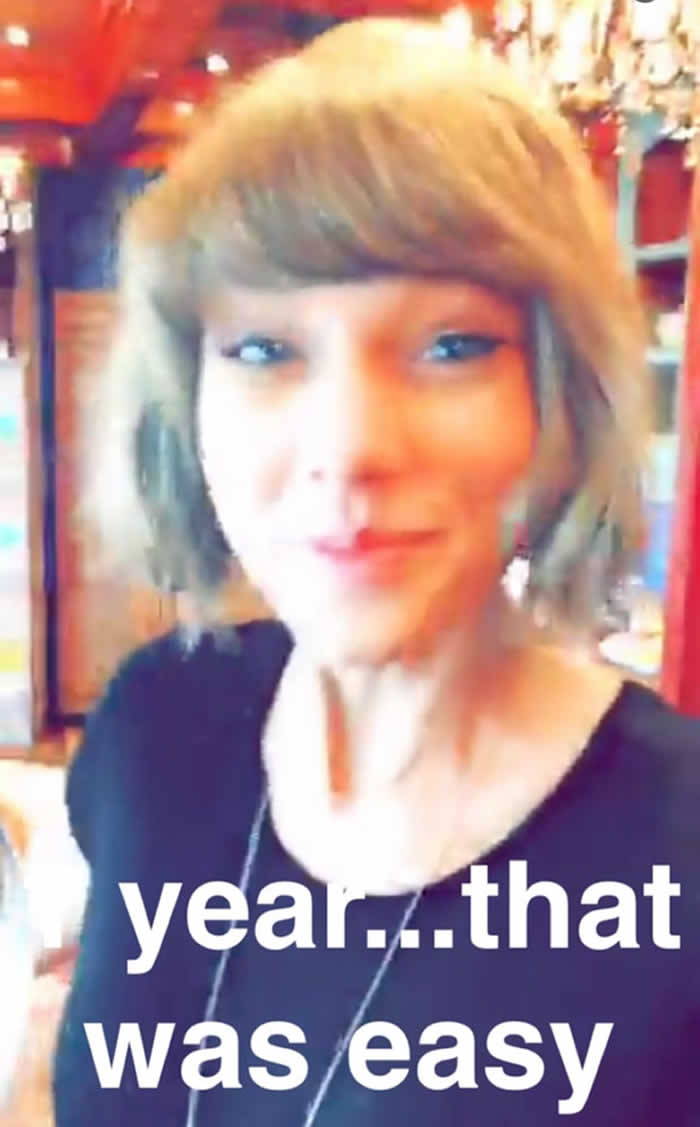