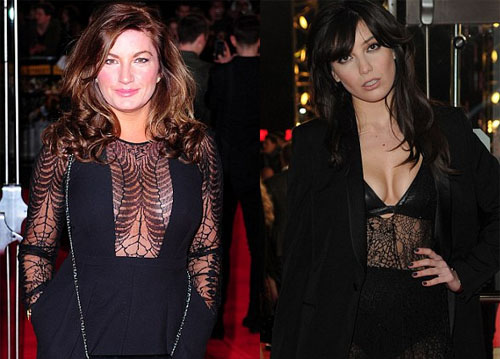 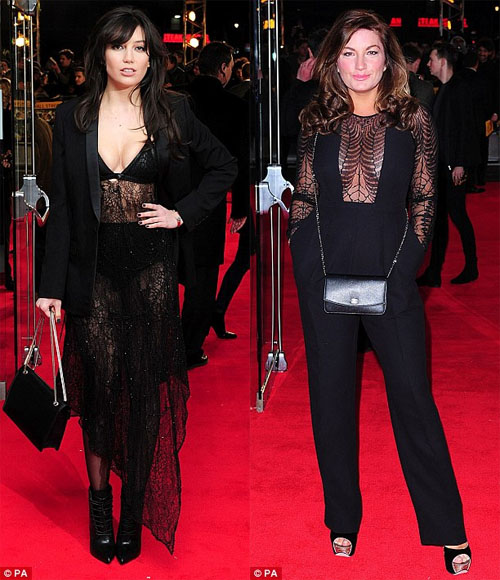 One’s a body-confident catwalk queen, while the other is usually seen in boardroom-appropriate business suits. But Daisy Lowe found a rather unlikely red carpet rival in the form of The Apprentice mentor Karren Brady Brady as the two ladies arrived at The Wolf Of Wall Street premiere at London’s Odeon Leicester Square on Thursday night. 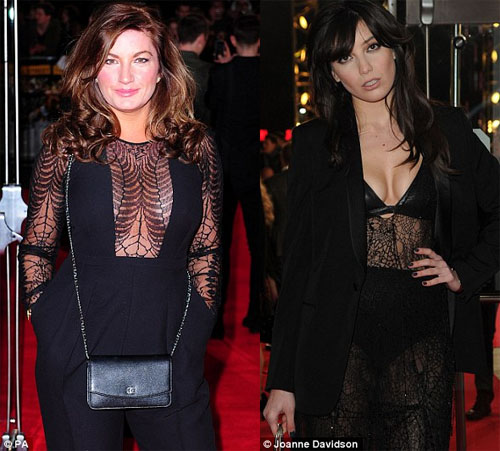 Despite being 20 years Daisy’s senior, Karren Brady 44, certainly gave the British model a run for her money in the style stakes as the pair displayed a very generous level of cleavage in extremely low-cut ensembles.  Showcasing her assets in all her glory, Daisy Lowe made sure to command attention as she arrived at the star-studded event, rocking a dramatic, plunging sheer dress. 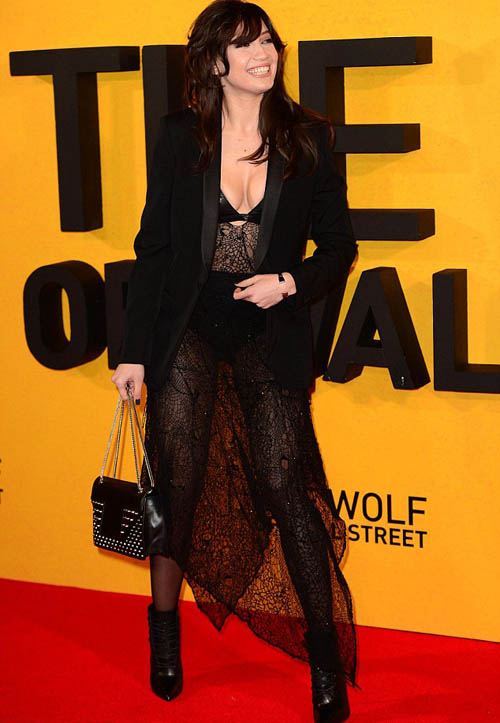 Featuring an edgy jaggered hem, the gown’s flimsy material meant the 24-year-old beauty’s bra and high-waisted knickers were on full display as she posed up a storm for photographs. The body-confident star sensibly wrapped up against the winter chill with the addition of a black tuxedo blazer, and accessorised her look with a black leather chain-detail handbag and towering lace-up shoe boots. Daisy Lowe completed her red carpet ensemble by wearing her dark brunette locks tousled to perfection, and accentuating her striking features with natural make-up and dramatic eyeliner flicks. 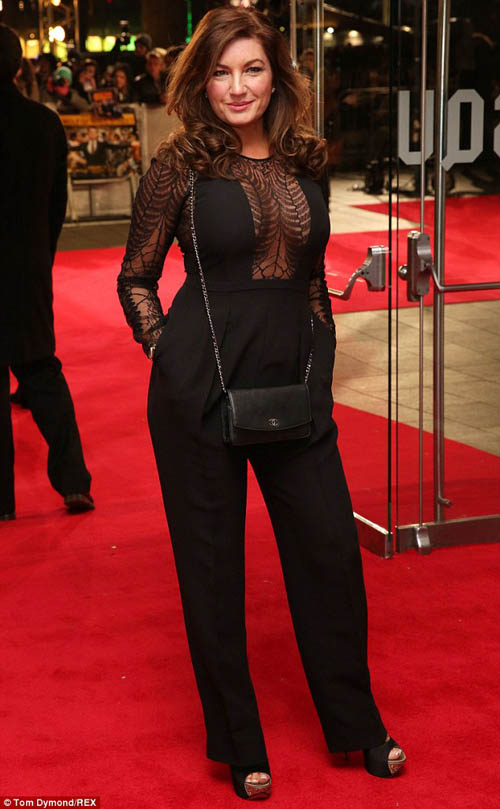 But there’s no doubt she wasn’t banking on Karren Brady– Lord Alan Sugar’s right-hand woman on The Apprentice – taking a leaf out of her sartorial book. The businesswoman cast her stuffy suits to the side as she put on a very sexy display, strutting her stuff in a very daring black jumpsuit, with just a flimsy piece of sheer material and two shoulder straps preserving her modesty. Posing confidently as she hit the red carpet, Karren Brady completed her look with a head of tumbling bouncy curls and towering platform heels. 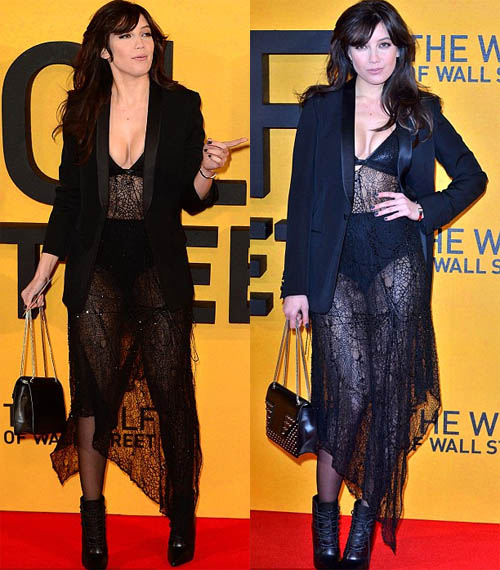 Starring Leonardo DiCaprio, Margot Robbie and Jonah Hill, The Wolf Of Wall Street is based on the true story of Jordan Belfort, from his rise to a wealthy stockbroker living the high life to his fall involving crime, corruption and the federal government. The movie has become quite the darling of awards season, and has been nominated for two Golden Globes in the Best Motion Picture – Musical Or Comedy and Best Actor in a Motion Picture – Musical or Comedy categories. 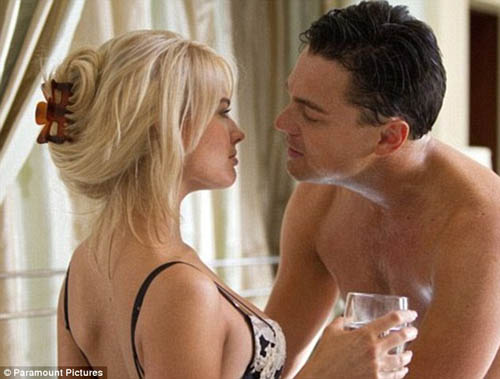 Additionally, Leonardo received a Best Actor BAFTA nod for his role as Jordan Belfort in the movie. The Wolf of Wall Street is also in the running to win Best Adapted Screenplay and Best Director for legendary film veteran Martin Scorsese, totaling the number of nominations to three. -Dailymail