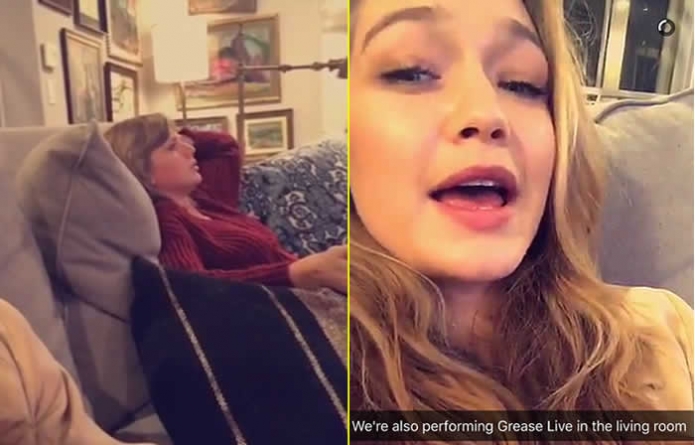 Another activity Taylor Swift’s been up to post-1989 whirlwind? Singing the stylings of Olivia Newton-John, obvi.

Hadid and Swift belted out “Hopelessly Devoted To You” from a super comfy looking couch. Naturally, they crushed it.

Watch below, courtesy of Hadid’s Snapchat.

GOD BLESS YOU, GIGI FOR PUTTING TAYLOR SINGING TO GREASE ON YOUR SNAPCHAT??? @GiGiHadid @taylorswift13 pic.twitter.com/LQWJr5b3S0