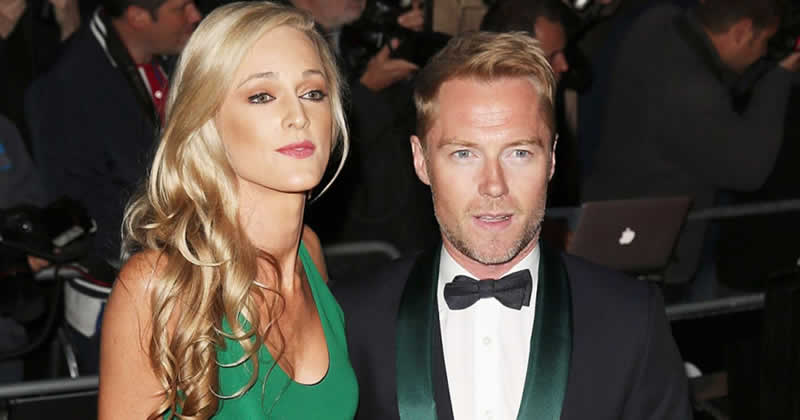 TV producer Storm showed off her honeymoon tan in a stunning green dress, while Ronan’s tuxedo followed his wife’s lead with striking green lapels. The happy couple wed in Scotland in August, before celebrating their honeymoon in luxurious style in Africa.

The Boyzone star wed the Australian model in a glamorous ceremony at the luxury Archer field House estate in East Lothian last month.

Ed Sheeran also performed at the ceremony, and was joined on stage by Boy zone band members as they serenaded guests. Ronan told HELLO!: “It was a perfect day.

We always wanted the wedding party to be just us and kids. “It’s so special for me that Storm would want the girls to be by her side. I’m so proud and honoured. It means the world to me.”