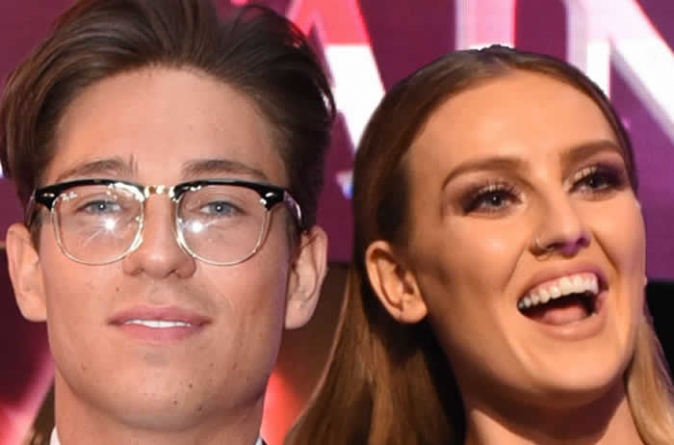 Little Mix star Perrie Edwards is finding the only way is Joey Essex when it comes to getting over Zayn Malik dumping her. The pair met at the Daily Mirror’s Pride of Britain awards last month and have had several secret dates.

Perrie, 22, was heartbroken in August when her former One Direction fiance Zayn, also 22, called it off by text. She threw herself into promoting single Black Magic, while Zayn partied in LA. But Perrie exchanged phone numbers with reality TV favourite Joey, 25, after they were introduced by pals at the Pride of Britain dinner.

Joey, who has split from 18-year-old girlfriend Charlotte Stuchfield, wasted no time in getting in touch and taking her on a string of dates. A source said: “It’s very early days, but Perrie likes Joey because he makes her laugh.

They are just getting to know each other and taking things slowly, but Joey is already smitten. “Perrie has just come out of a serious relationship and is enjoying having fun right now.” Joey was engaged to fellow TOWIE figure Sam Faiers and linked to his I’m A Celebrity co-star, Miss Universe contestant Amy Willerton, 23.

Perrie recently admitted she was open to finding love again and said: “I’m having an absolute blast. We have a bit of banter with guys in nightclubs… I love it. “I’m feeling brilliant and I’m in a good place.”