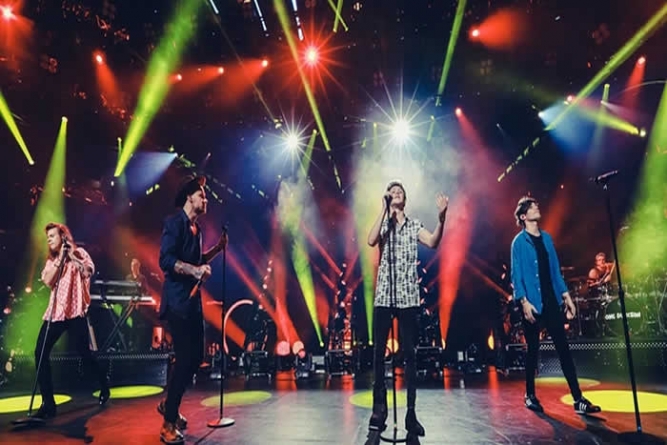 “Good Morning America” is celebrating its 40th anniversary with a 40-hour live stream eventand One Direction took the stage earlier tonight to mark the monumental milestone with a show that brought the house down in Los Angeles.

The band, which just finished touring Great Britain and Ireland, opened with “Drag Me Down.” Before the show, the guys explained the name of the new album “Made in the A.M.”, and said it comes from the fact that they make a lot of their music late in the night into the early morning.

After coming off a huge stadium tour and flying in last night from London, the band is happy to perform in an intimate setting.