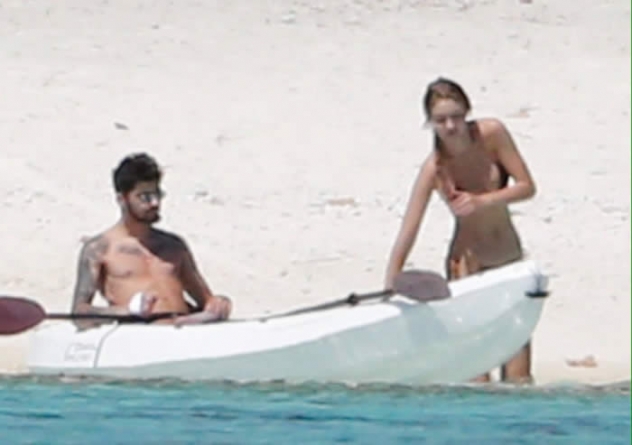 Gigi Hadid and Zayn Malik have been photographed looking so in love all around the world this summer, but their most recent trip to Tahiti is getting more attention than their other jaunts.

And it’s not because Malik took Hadid on a tropical getaway to meet his parents the sign of a reaching a new level for any relationship.

No, the two are causing a social media firestorm because of a photo taken on their trip that’s started to gain steam. (And not the hot kind.) In said photo, Hadid and Malik are about to set sail on a canoe another kind of relationship marker, if you’re the kind of person who can manage to get through a whole car ride without one instance of bickering. Only, it appears that Malik is lying back while smoking a cigarette, no less while Hadid does all the work.

The thing many upset #Zigi fans might be missing though is that Zayn is actually chilling in that canoe out of love, not laziness. The ex-One Directioner has a longtime fear of open water and never learned to swim. Going into the ocean on something as unstable as a canoe certainly isn’t the best way to learn, but getting to hang out with Hadid on the beach is one way to conquer his fear of water.